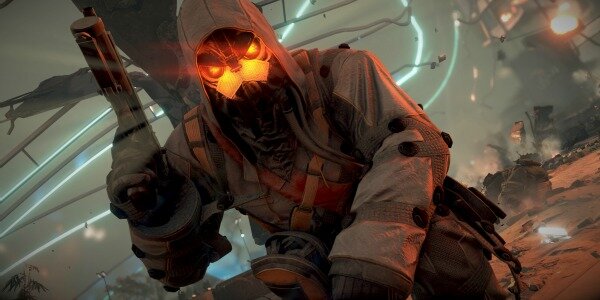 PS4 “Will Out-Power Most PCs For Years To Come,” Says Just Cause Developer

The PlayStation 4, with its 8GB of GDDR5 RAM will out-power most PCs for years to come, says one of the industry’s most notable developers and creator of Just Cause, Avalanche Studios.

Speaking to Gaming Bolt, Avalanche Studios chief technical officer Linus Blomberg not only highlighted the power of the PS4, to be released later this year, but he also underlined its social features. Features he believes creates “the best of both worlds” for a developer, speaking of the integration of gaming mobility and the traditional way, in front of one’s television set and other forms of connecting with “friends” the world over.

It’s always very exciting with a new console cycle, for a number of reasons. The consoles desperately need a boost since having been overtaken in terms of performance by PC’s several years ago, and also losing market share to mobile platforms.

The PS4 will not only be a very powerful gaming machine from a hardware perspective, but it will also be a social tool and integrated marketplace more akin to the successful mobile devices. It’s the best of all worlds in a way; great performance for demanding high-end gaming, good social ecosystem and connectivity, and integrated business marketplace. For Avalanche Studios as an open-world games developer this is super exciting and opens up many new opportunities.

It’s a perfect fit for the types of games we do, and we are confident that we’ll bring open-world gaming to a whole new level because of it. I’m glad Sony decided to go with 8gb RAM because it means that the PS4 will out-power most PC’s for years to come.

The off-the-shelf philosophy behind the architecture makes sense from a pricing and heating point of view, but it also means that Sony more easily can make incremental improvements of their system. If that’s actually their plan I don’t know, but it could help preventing the inevitable loss of market shares that the long console cycles entails.

Avalanche Studios has been teasing Just Cause 3 for next generation platforms. A game it’ll show at E3 in June.

Tagged with: ps4 more powerful than pc ps4 vs pc

Previous: The Most Watched Video On YouTube In February Was PS4 Ad
Next: FIFA 14 Will Be “Always Online” Game, But Retains Single Player Joys

Quantic Dream: PS4 Is “Like The PC Of Next Year Or Two”