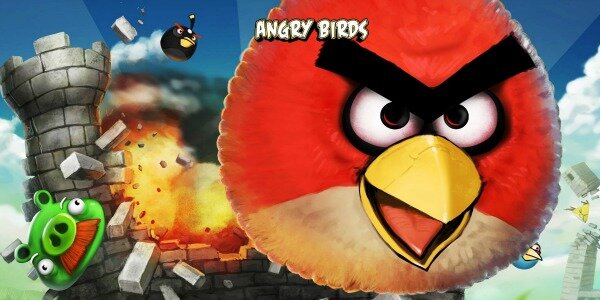 Angry Birds is a ubiquitous mobile game found on almost all devices. It’s also on Facebook, PC and web browsers, but if that’s not enough for you, maybe you’re simply not the type to play a game unless it’s on your console, don’t fret, Angry Birds is coming to a PS3 near you.

Xbox 360 and 3DS will also see The Angry Birds Trilogy, a package that will include The three games in the original, earthbound series—Angry Birds, Angry Birds Seasons, and Angry Birds Rio. The package will come on disc (or, in the case of the 3DS, cartridge). The sequel, Angry Birds Space is not included.

“There are new cinematics, extras and other entertaining content. In addition all of the existing material has been uprezzed and re-treated for the high-resolution and big screen. The backgrounds have been animated, we’ve added lighting modes, reactive backgrounds, the list goes on and on. We believe that there are a lot of people on the consoles who appreciate a great casual game play experience. This is a game that resonates across a wide audience on many platforms,” Rovio executive Petri Järvilehto said.

No price yet, nor has Rovio given a solid release date or even a window for that matter.