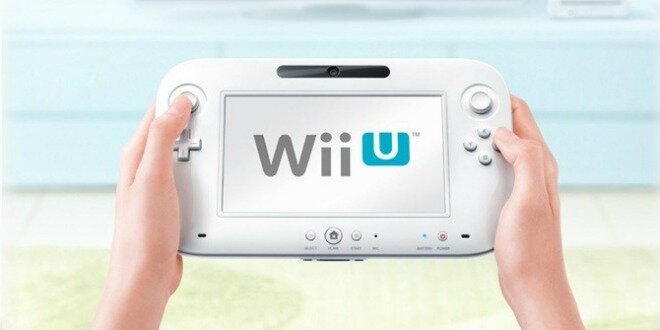 5 things Nintendo can do to save the Wii U

Posted by: Christos Chatzisavvas May 3, 2013 in 3DS, Articles, Nintendo, Wii U 18 Comments

It’s no secret that the Wii U had a rocky launch — at best. This isn’t the first time we see that; the Vita has just lately been picking up the pace, while the 3DS was, at first, very worrying. However, the Wii U is a case on its own, and you might ask, why? Simply because Nintendo is repeating the same mistakes as the 3Ds, while the home console has the potential to be much more than the handheld.

While there’s no doubt that the Mario U, Metroid U and Zelda U games will sell systems like hot cakes, there’s stuff Nintendo can do to move some systems until then. Below, I’ll list 5 reasons I believe will help Nintendo get the Wii U out of the hole it’s gotten itself into, and actually get gamers and non-gamers alike involved and getting to know it.

Even at this point, 6 months past its release, people mistake the Wii U for an add-on to the Wii. That is due to the name which I, frankly, find a little stupid in terms of marketing. The people had NES, SNES, Nintendo 64, Gamecube, Wii, Gameboy, Gameboy Advance, Nintendo DS… and now Wii U. Yes, NES and SNES were very much alike, too, but the “Super” in SNES’ name hints at something. What does “U” hint at? Be my guest. I believe it’s got to do with the console being about “you (U)”, but how are the casuals, the vast majority of Wii owners, supposed to know it’s an entirely new console? Super Wii? Wii-2? You pick. Anything else would have worked better. And this is repeating the same mistake as the 3DS, where people were asking me if it was an upgrade to the DS. Difference? The 3DS was much better marketed, and its slow start was only due to the lack of a library, much like the Vita.

Was the message to all Wii owners (via WiiConnect24) enough? No, but it’s a start. And Nintendo needs to find a way to market it as it should be marketed.

Provided step 5 was successful, people are now aware the Wii U is a new console, so we’ll keep that in mind for the other steps. What does the Wii U do to differientate itself from the other consoles on the market right now? What stands out for me is the GamePad, but not the actual controller, but the things it can pull off. As I’m typing this on my laptop, I have the GamePad sitting right next to me, browser opened. Without even changing the Games Thirst page, I can, for example, Google stuff extra fast, as my controller has been literally acting like a laptop since I bought the console on launch. The browser is very capable, and the best thing is that you can run it while playing a game. Gone are the days you would need to boot up your PC to search for something when playing a game; that “PC” is in your hands, and that’s a game-changer, especially for the casual players, because the odds are they’ll get stuck at games way more than the dedicated gamer. The fun the game offers will be saved, instead of hearing a “screw it, I’ll turn it off and play some other time”.

Is the browser the only thing it can do though? Nope. It’s got a camera on it, it’s got a gyroscope installed, it’s got a mostly precise touch-screen, it can double as a TV for some games that support it, it also has a microphone and some pretty good speakers on it. How much has Nintendo emphasized these, after the system’s launch? And keeping these in mind, we’re moving on to #3.

3. Seek out apps that play to the system’s strengths

We’re in the era where home consoles are expected to do much more than just play games. Although I’m somehow against that, it’s a reality. In just the above paragraph I noted how I enjoy my Laptop U, but not to the point I’d use these over gaming on it instead. So, with such a capable controller, what should Nintendo do to make it shine? Right now, we’ve got YouTube and a few other apps. With a camera, the gyroscope and the touch-screen, it’s got the potential to be home to a handful of apps that tide people over until its games library starts filling. Skype would be an exceptional addition, while Facebook and Twitter-dedicated apps that make use of its camera and microphone systems, something that would be unique and exclusive to the platform. Original apps that make full use of the functions would also be great; Playstation Vita had the Welcome Park app, which I used just to get used to its many functions. Where’s that for the Wii U?

How would Nintendo get 3DS owners to be very interested in buying a Wii U? My guess? Introduce lots of games, with worthwhile connection between the 2 systems (no, not gimmicks please). Yes, you’ve got the GamePad for that — but only one is allowed per system. What if people could get their 3DS to work as a GamePad-sort of controller? Imagine a, say, stealth co-op game, with two high-tech equipped agents working together, a la Sam Fisher. The GamePad’s screen would work for hacking, inventory management, and other similar actions… as would the 3DS. How much more awesome would that make co-op play on the system? And how much more interested would the 3DS owners be in it, if they could just bring their friends over and have tons of fun with game mechanics like that? As a Wii U and 3DS owner, I know I’d be damn interested in it.

Sony has already revealed Playstation 4/PS Vita connection, like streaming games to the Vita. Will it be good? We won’t know until the Playstation 4 is out. Remote Play has already done something like this, via Playstation 3 and PSP connection. The PS Vita can now double as a controller for a new edition of LittleBig Planet 2. Nintendo can surely learn, and build upon, what Sony has achieved, creating a small ecosystem consisting of its consoles, handheld and not.

You know what people love? Not having to change between 15 systems at any time, just to play games from older generations. Sony is a step ahead with all the Playstation and Playstation 2 classics being released on the Playstation Store, and has gone even further by making many playable on the PSP and PS Vita. Nintendo only recently launched the Virtual Console for the Wii U, but it’s limited to a single console for the most part; the NES. How can Nintendo step it up?

They already offer Wii backwards compatibility, so releasing Wii games as downloads wouldn’t be much of a game-changer. But having an entire library of NES, SNES, Nintendo 64 and Gamecube games on my Wii U, and the ability to play them exclusively on the GamePad’s screen? That would surely sell a lot of systems, definitely. How many people would prefer spending thousands of dollars on old NES and SNES systems, plus much more for their now-collectible games, instead of just buying a Wii U and a big external HDD to fill it with games from all the Nintendo eras? Yeah… not many. Well, that’s what I’m doing, but I’m a collector, so I guess it doesn’t count.

And that’s what this gamer has on offer for Nintendo. Is the Wii U worth buying? Damn yes. Is it worth buying now? I can’t help but tell people to save their money for now, until “that game” comes out for it, and it’s a shame. What does the Games Thirst community have to say on the matter? Let’s hear your voices in the comments below!

Previous: EA Releases New Battlefield 4 Screenshot, We’re Unimpressed
Next: Ubsioft Talks Watch Dogs On PS4 And How The Console Made Them Realize Their Ambitions

The Wind Waker HD changes for the fans