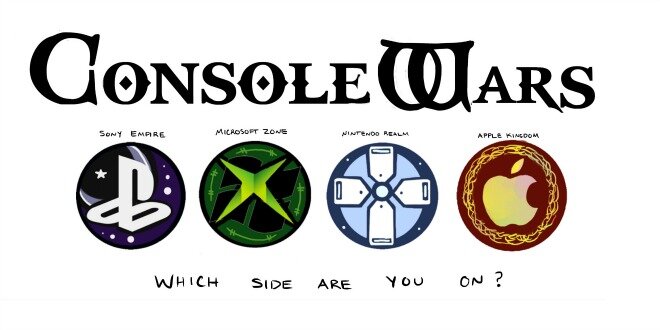 Weekend Quencher 05/04/13 – Console Wars And The Death Of Nintendo? Edition

Posted by: Ernice Gilbert May 4, 2013 in Articles, Weekend Quencher 20 Comments

No, Nintendo won’t simply die, but as a console maker do you really think the company stands a chance against Sony and Microsoft? I don’t know, and the failure of Wii U to take off isn’t helping either. However with or without Nintendo, the console wars continue, a fact that was magnified recently when rumor broke claiming that Microsoft was six months behind Sony in preparing software for the next Xbox, and as a result, the gargantuan company was out fishing for exclusives from third-party partners – something that will definitely keep certain games away from PS4. Remember Microsoft’s pockets are deeper than Sony’s. Where Redmond will spend $1 billion and don’t flinch, Sony simply can’t.

Yet what Microsoft is doing isn’t new – and to be quite honest Sony employed the very same strategy overwhelmingly in PS2 days, and have done so to a certain extent with PS3 – and we’re hearing it’s set to continue.

Yes, Gamesthirst, the console wars are here to stay, and I’m sure some of your have already aligned yourselves with your system of choice. I fully expect the debates to get even hotter once Microsoft unveils the next Xbox on May 21st, which should make for a very interesting E3 2013 and an extremely exciting fall 2013, when the consoles are expected to launch.

Have you picked sides already? Or are you waiting to see what Microsoft proposes? It’s the weekend, friends, I’ll be playing some Injustice: Gods Among Us, if you believe you have the skills to take me on then holla at your boy: Maestro-GTUnit.

What’s on your agenda this weekend? Share it, and have a blast!!!

Previous: Eternal Darkness gets a spiritual successor?
Next: Next Xbox Optional Subscription Fee To Cost $15 A Month