@nick dude who the hell cares, no one can ever please you nick sometimes i think you just complain for the hel...

Hmm, at least it's looking better!...

sigh. seriously, EA, does EVERYTHING have to use FB2! christ, EA are giving the term milking a whole new ext...

gotta love it how he points out oh well tourists would have photos in their family album too! amazes me thoug...

just because its sold out at retailers does not mean its a success! ninty could of supplied each store with 1...

short and sweet. technically though, hes right. no disk based games does not mean everything has to go digit... 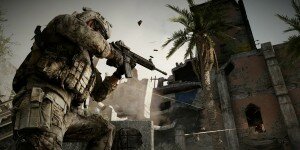