Online play is often marred by serious lag problems | Bots are either too dumb, or too smart and unforgiving | Several performance issues on a high-end PC

Valve and Hidden Path Entertainment’s Counter-Strike has been released 10 days ago. Being an open beta participant, I also got a glimpse of what the game was pre-release, and I can say, not much was improved in the final version. In general, I’m a bit disappointed, but when the game worked, I had some old-school fun.

Let’s break it down; Global Offensive started out as an Xbox 360 port of Source in 2010, but later went on to be a game of its own. It is not built on CS: Source, but rather, the latest version of the Source engine. That means, its visual are better than Source’s, as well as its ballistics and the like. But honestly, you shouldn’t be buying Counter-Strike for its graphics. You should be getting it for the teamwork that’s needed in every match, the simple “good vs bad” scenarios that don’t try to hide a story behind them, and the challenging permanent death (for each round) mechanic that ensures you’ll not be running around, shooting everything. It was always played on small maps, and was a less frantic experience than X shooter. Sometimes, it reminded me of Sierra’s SWAT series. But, has Valve and Hidden Path given us something new to care about, instead of a prettier Counter-Strike? I can say, barely.

The game has no story, so we’re jumping straight to the gameplay. The game offers us a ton of guns, a mix of old and new, but for the biggest part, old and familiar guns. That said, on my first match (against bots), I picked up the AUG, which is my favorite gun and I pick it over anything else when games allow me to. So, I had the bots on Easy, the first and easiest option, because I just wanted to test the guns and how they control. I can say, not much has changed, apart from the guns being more accurate and the hit-boxes being tighter on each model. That sets up the scene for a good shooter, because if you don’t have these two, your shooter is most likely going to suck, no matter how many bells and whistles you put on it. My complaint is that the bots were practically a moving, shooting gallery. No effort from their side, they were just pigs walking to the slaughterhouse, if they walked at all. I literally stood and stared at a bot for over 10 seconds, from about 20 meters, in front of it. It didn’t do a single thing. Then, it was the time for the Hard bots, and where the disappointment really started. There are other options, above Hard, and seeing how this is the third option, I assume they should have been a bit easier. But no, they were always 5 steps ahead of me, waiting around the corners and always shooting the head – not aiming for the head, because yeah, they rarely missed. I managed to perform good against them, but still, it was a struggle. So, Medium it is, then. But still, the bots were very accurate and ahead of me, and needless to say, my teammates were looking around like utter buffoons, as if they haven’t walked on planet Earth before, except when I was on the Easy option. When dying, though, you can assume direct control (get the reference?) of a bot and continue playing. Bots are also used to fill spaces in online games, and you can imagine how their AI being bad really makes a difference. Luckily, playing online with real people doesn’t feel so tedious, as the Matchmaking system finds opponents based on Skill, another new feature, to ensure you will play with people around your skill and not get the easy ones, or the very difficult ones.

The guns also have new features, like bullets penetrating thin surfaces, and the introduction of new equipment, like the Molotov Cocktails. Using these ones, for examples, you can seal off a choke point for some precious seconds, as fire spreads around on the floor and the enemy can’t go through without taking considerable damage, even at full health. The real satisfaction for me, though, was with the pistols. I always was a pistol-guy in Counter-Strike, and I enjoy using the Decoy grenade, which simulates gun fire sounds, to attract people, and when they think they’re ambushing me, I plant a Beretta bullet into their skulls, and it feels better than in any Counter-Strike before it. 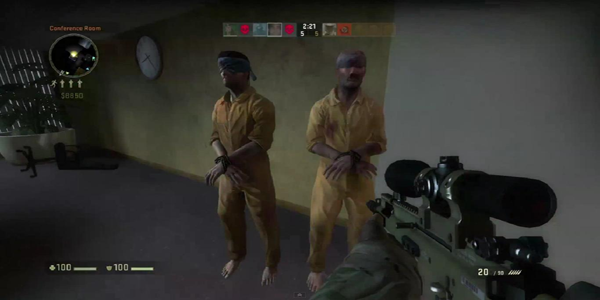 I then had to move into Matchmaking, and test out the modes, old and new. There’s Arsenal, a variation based on the popular mod Gun Game that was available for Source, and it has two modes: Demolition and Arms Race. In Demolition, you have the typical Bomb Planting/Defusing objective, and a Gun Game element; everyone starts off with a rifle on the first round, and if you get a kill with it, you will spawn with a weaker gun on the next round, and that goes on and on for 20 rounds, the winner of the game being the team with 11 wins. Arms Race is more similar to Gun Game, as people start with an SMG, and for a kill with it get a shotgun, then a rifle, then a machine gun, then a pistol, and then the favorite, the knife. When you get a kill with the knife, you score for your team. Away from the usual CS configurations, people spawn infinitely and constantly, until the “knife round” is reached, and a person scores with the knife. For each death though, you don’t lose your last weapon, and just continue with it towards your objective. The sad part about these two, cool-sounding modes, is this: Demolition is compatible with only 5 maps, and Arms Race with the poor number of 2 maps. Then, you have Competitive and Casual categories; the Casual modes, the old Hostage and Defusal scenarios, have no collision between teammates, no friendly fire, chat after death, among more features, while Competitive follows the simple, established Counter-Strike rules we’ve been used to for years.

The game has not many maps in general, though; 16 maps, half of them being updated versions of the older ones, and the other half being brand new. But keep in mind, not every map is available for every mode, so your choices on that are a bit limited. The PC version will get mod-maps for sure, so if you’re planning to spend the 15$ and buy the game on a console, be sure you are aware of that. The factions have also increased to the number of 14, and the old ones are updated, but sadly, you can no longer choose a faction, and they’re pre-defined for each map.

Generally, there’s even more improvements in store for us all. The “Buy menu” has been redesigned, along with the HUD, and is now a radial menu, easier to navigate. The money system has also been changed, to better accomodate the weapon and equipment changes. Leaderboards, Steam achievements and in-game awards are also present, with the last of those offering you awards based on your performance. For example, 1000 kills on X game mode nets you Y award. Dedicated servers are also into play, but I find that hard to believe, as even days after launch, all my games had significant latency issues. 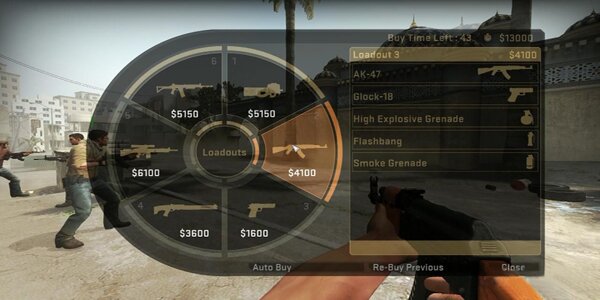 The console versions also have some slight differences between them and the PC/Mac versions. The PS3 version was initially developed to support cross-play, but was later dropped, and is only supported between the two PC versions. But Sony’s console still has advantages over its competitor. It supports a PS3 controller, or a mouse/keyboard configuration, or even a Move setup. That means, you can play however you want, and even fully emulate the PC controls and not stick with the gamepad option. For the Xbox 360 version, chat is disabled, so it is ensured no one will be ratting out information to anyone, friend or foe.

And, my “bugs” paragraph. As noted at the start, when the game played, it was good. To get it to play, though, I had to put my computer knowledge to use, as when I mailed support with my full PC specs and what I did that far, they answered with an advertisement (!!!), telling me the game has over 45 weapons and that stuff. I had to mess around with the infamous “blob” files, the registries, even the driver updates and the Windows users to get the game to work. If someone who is only looking for casual fun, and had little to no knowledge of PC’s was in my place instead, I’m sure Steam’s support would be issuing a refund now, or the game would just sit there, as a reminder of 15$ not-well-spent. Regarding faults in-game, I had the game buy the wrong items for me using the usual “auto-buy” option on a couple of occasions, and sometimes, the grenades were thrown but exploded seconds after the moment they should have exploded. I believe, though, that this last one was due to the horrible latency issues plaguing the game. At least thrice per round, I saw people teleport around a lot - I’m not talking about two steps and that, I’m talking about meters. For a game that’s running on dedicated servers, I think that’s unacceptable, many days after its launch, too. And, the graphics are not that good, either. As I said, I’m not focusing on that, but I just want to dispel that “the graphics are very beautiful” impression some have generated for the game. On a PC with an NVidia GeForce GTS 250 1GB, a Quad Core @ 2.6GHz and 4GB of RAM, with everything maxed out, the game still looks kind of outdated.

Closing, Global Offensive is good old Counter-Strike, for just 15$. It offers enough to keep you playing for quite some time, especially if you’re on the PC, where mods are inevitable. But if you’re looking for something ground-breaking, you shouldn’t look its way. It’s the tried and true Counter-Strike formula, some of it dated, some of it refined, but overall, it feels the same. Is that good or bad? I can’t decide for you, but my opinion is, it needs some improvements to reach the level of being a game I would recommend – of course, mostly on the technical issues I was presented with. Also, keep in mind the differences and exclusive features or limitations on the consoles, if you intend to buy it on either of them. But ultimately, time will tell how loved or hated it will be by the faithful Counter-Strike community.

those death animations and weapons looked really badass, except every thing else is kinda bland & boring...

4 Reasons on why not to buy this game anymore and to boycott Insomniac for changing the style of the game. God...

no vita, not surprised...

@Ghost: Loving what I see dude! Loving it! And did you see the visuals on that thing? Especially the action po...

@nick: What I said was that the Vita was selling out in Japan. Hmph, I never said anything about US. Also, tru...

and those games are? i dident say no one is making vita games, i said THERE ARE NONE RELEASING THIS YEAR! if...

im done. no point arguing with a brick wall!...