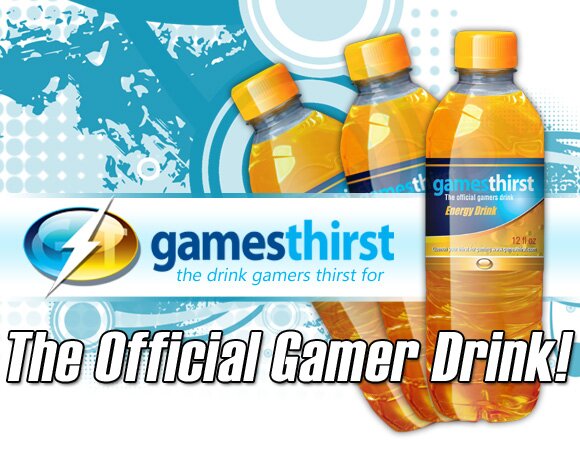 The first ever Gamer Drink simply named Games Thirst is being introduced to the gaming
community by video games website www.gamesthirst.com.

The world has over 1 billion people who play video games on various platforms ranging
from mobile devices like iPad and iPhone, to Social Networks like Facebook and Google Plus,
and dedicated machines like PCs and Home Consoles. For three years, longtime gamer
Ernice Gilbert has operated www.Gamesthirst.com, bringing news to millions of gamers. One year
ago, he identified a need that hasn’t been met: a beverage for gamers, and after extensive
research, Games Thirst: The Official Gamer Drink was forged. It will meet that need.

“It’s a known fact that virtually everyone play games,” says Gilbert. “Be it on a cell phone,
iPad, PC or consoles, there are over 1 billion gamers worldwide. But here’s the issue: sports
fans have Gatorade and Powerade, yet gamers, one of the fastest growing demographics in any industry, do not have a drink to call our own. That’s a problem we intended to solve, and that’s how Games Thirst: The Official Gamer Drink was born.”

“It didn’t hurt that our website is named gamesthirst and we base all our content on the premise of quenching gamers thirst,” he added.

Gilbert began researching the beverage and gaming industries, and after a full year of studying demographics, collecting data and asking questions, he decided the time was right.

“Throughout last year, I did a lot of research, asked questions, studied the beverage industry, studied the gaming industry, consulted with family and explained the whole thing to the Games Thirst team,” he said. “Virtually everyone liked the idea because they saw the need, and after some hard work, the drink is here… Well, almost. We’ve forged a brilliantly-tasting drink with a mix of ingredients we believe represent the gamer culture in a true way. We need now to formulate the drink, promote it and form distribution ties.” 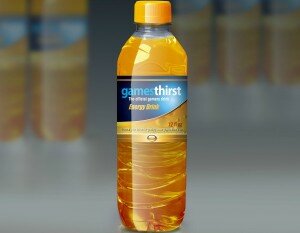 Gaming is an activity in which focus and concentration are key. For example, when playing first person shooters, enemy fire can hit you at anytime from any direction, therefore your mind must be sharp. The FPS genre is one example, but the same thing goes for RPGs, Action-Adventure, Fighters, Platformers and almost any other genre, focus and concentration are key to a successful gaming experience.

Because of this, Games Thirst: The Official Gamer Drink will include functions of energy, mind focus, general wellbeing, vitamins and electrolytes.

Labeling will be as per USA standards, bottling in USA Plastic in 16oz bottles.

Color of Drink is Golden/Orange (subject to change).

Drink will be formulated at Parkside Beverage , located in Leesport PA.

Games Thirst will go into contract with Parkside Beverage based in Pennsylvania and per contract bindings, the project, from start to finish, should take 2-4 months which includes all necessary steps leading to its completion.

“In June, I’m hoping to travel to E3 and bring at least 200 samples with me so gamers can taste the drink,” Ernice said, adding, “I’m also hoping to have short meetings with executives of Activision, EA, Ubisoft, Rockstar and all other major game companies in the industry to forge meaningful partnerships, and because of your help, all this can be accomplished without the involvement of massive firms influencing the direction we take the drink.

By this, we’re trying to make Games Thirst: The Official Gamer Drink ubiquitous in the industry and synonymous with it. We’re hoping to join with these publishers and more to include codes on the bottle top of the Games Thirst drinks for big games like Assassin’s Creed III, Medal Of Honor: Warfighter and of course, the next Call of Duty. These codes could include anything from a weapon that you’d otherwise have to play lots of hours to unlock, skins, and other forms of great content.”

wait, wii sold 435K units this year compared to last years 170K? that cant be right! why would so many peopl...

the demo comes out on PSN on the 13th this month. i really hope that it impresses me because so far this looki...

why is this even included for? people who like bioshock have the first one anyways. thats the same thing sony ...

remove the stupid text boxes, fix up the games repetitiveness, and this could be THE perfect action RPG! real...

thats a "custom console"!? looks like a regular ps3 with the disk flaps painted blue! come on, what happened...