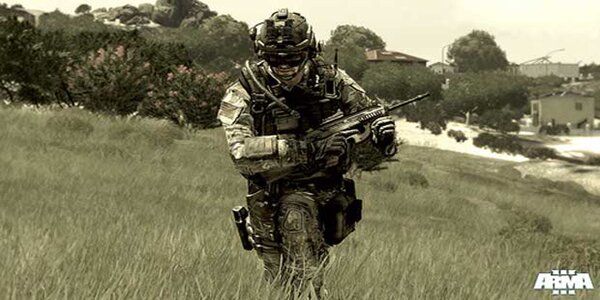 Two of the creators behind the realistic military shooter series “ARMA” have recently been arrested, here in Greece, for “spying” on a military base on the island of Limnos. Their new, much anticipated game ARMA III is to be set on one of the Greek islands, and that was most likely the reason they were there – it only makes sense.

However, the two Czech citizens were caught with photos and videos of the location in their possession, which, under Greek law, is illegal without permission. Thus, the authorities have charged the two with espionage, and what remains to be seen is how this plays out.

Bohemia Interactive boss Marek Spanel confirmed that the whole story is true, but told the people to not discuss it on the forums “at least until we know more specific details about the case…”

i just hate the fact that they pay more attention to this and never enough to the vita...

I really can understand where you guys are coming from, after all, they failed the hardcore crowed hard with W...

@Mezzo, do today did nothing special for you on the excitement front? Okay, that's understandable. I see how ...

@Ghost: Didn't really like Bayo, either. But I believe they've made strides... ...