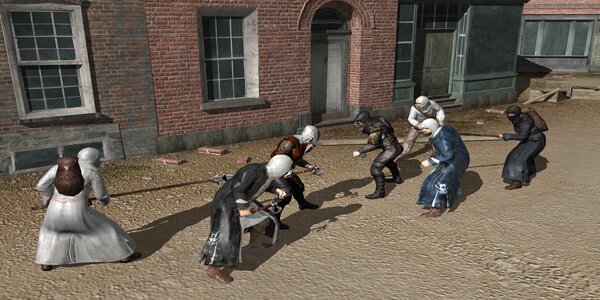 Ubisoft announced that a new Assassin’s Creed game will be hitting our mobiles soon. But, this one, is not a regular Assassin’s Creed. It is a city-building strategy game for iOS and Android, with social development studio Gree joining forces with Ubisoft to create it.

It is set during the early colonial era of America, and it is currently unknown if it will tie in to Assassin’s Creed III or Liberation. The game combines city-building and battle mechanics, and players will represent the Assassins as they start colonizing America. Gamers must then defend their encampments from invaders through asynchronous 3D battles.

Does this sound good to you?