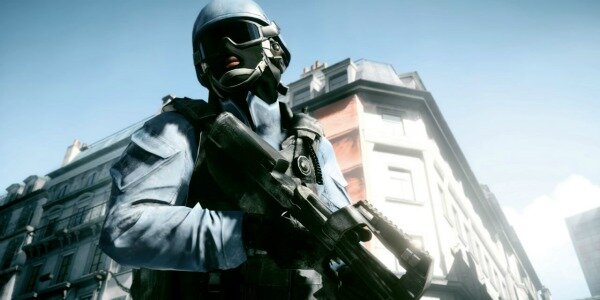 Battlefield 3 Rent-A-Server Problems: How DICE Is Raping Your Wallet

I’ve written on this before, and now other sites have caught on. You know I’m talking about Battlefield 3′s rent-a-server program, allowing users to basically change the game to their own liking, and ban anyone who’s half-decent at lauded shooter. What’s even worse, those who’ve purchased “Battlefield 3 Premium” face the same problems, and neither EA nor DICE has done anything to fix this growing fiasco.

In Battlefield 3, no longer can you just boot up the game and get into a decent match by selecting “quick match” on the menu, and it’s just as bad when you try and search out decent servers. The only solution now is to rent your own server, and such a move isn’t cheap – that’s whether you’re a premium player or not.

Has any game been more inescapable over the past 12 months than Battlefield 3? EA’s biggest ever shooter has drowned the industry in a tsunami of orange and teal, dominating the headlines pre, during and post launch.

Even the most casual observer must have been sucked up by some of the hype. 15 million plus have stuck around for the fight, but as is so often the case, many players will have cut ties with Battlefield 3 long ago, ready to hitch a ride onto the next hype train or happy to hide away from anything that’s marketed with a litany of explosions and a throbbing score.

Those players, then, probably don’t know what’s happening to one of the world’s most popular videogames. There’s a seedy, repugnant underbelly dead set on controlling and ultimately ruining what is one of the finest shooters ever made. And for many, it’s just too much to bear.

Since DICE and EA introduced the ‘rent-a-server’ option to Battlefield 3′s console experience, the game that appeared in October 2011 is no more. Where once everyone competed on a level-playing field, one restricted and governed by the rules and balances DICE introduced to its game, now each server has its own rules.

Selecting Quick Match – the typical ‘go-to’ option of most online games – is a real roll of the dice (if you’ll excuse the pun), as you’ll be dropped into one of thousands of fan-run servers. Many have specific and aggressive rules established in their loading screens and set by the admins who rent and run the server. Some of these new enforcements might just be small rule changes that many would perceive as positive; things like ‘no spawn camping’ or ‘balanced teams’.

The majority, though, are fundamentally game-changing. ‘No shotguns’ is probably the most common. ‘No anti-air’ another. These are rules that specifically alter the balance of Battlefield 3, turning it into a new game, almost always for the worse. Many servers run with tickets (Battlefield 3′s spawn currency) that are up to and over 400% what the map was designed for, making for farcical matches where the defending team is up against hopeless odds. “Since DICE and EA introduced the ‘rent-a-server’ option to Battlefield 3′s console experience, the game that appeared in October 2011 is no more.”

Worst of all, though, are the multitude of servers run by petty, mini tyrants; people who will kick and then ban anybody in breach of their rules. Or indeed, anyone who happens to not fit into the exact model of game these administrators want. In other words: anyone who happens to be half-decent at Battlefield.

I’ve lost count of the amount of times I’ve been kicked and banned from servers. And I am no world-class player: a solid medic with a big heart, maybe, but certainly no deadeye sniper or Airwolf-wannabe chopper pilot.

A recent example of a pair of servers I came across had the explicit rule ‘air vehicles for admin only. Anyone else using will be kicked and banned.’ It doesn’t take a seasoned Battlefield player to see the rot setting in. See here for full article.

How EA is taking multiplayer gaming back to the 90s – Videogamer

They say that war never changes. But over the course of the last nine months, Battlefield 3′s online warfare has. It’s changed for the better – the various updates, tweaks and bonus content have helping to make it the game it arguably should have been back in October 2011 – but it’s also changed for the worse.

Player-controlled private servers are now an everyday occurrence of Battlefield 3′s multiplayer. It’s growing increasingly rarer to find one of DICE’s official servers; the highly sought after gateways where matches and game rules are governed in the way the developer originally intended. Instead – and in a first for a console shooter – console players are being given the opportunity to buy their own server, create their own games, make their own rules, and play how they want to play. Not a bad thing, you might think.

But by selling out servers to the highest bidder, EA has changed the rules of engagement. Server lists are dominated by 300% ticket modifiers or weapon-specific matches, with join messages ranging from the friendly – “Have fun, guys!” – to the downright ugly. One server I joined called me a ‘mongoloid’. Another told me not to be a ‘C-Unit’. If you’re just getting started with Battlefield 3, witnessing such messages on your entrance into the universe certainly wouldn’t be seen as particularly inviting.

Offensive join messages are just a minor concern, of course. After all, online rivalries, cuss words and ‘Your Mum’ jokes are as much a part of the competitive multiplayer shooter scene as the +100XP screen prompts, spawn killers, and no-scopers. But by giving so much control back to its fans, DICE has made playing Battlefield 3 a somewhat more arduous process, letting paying customers set the game rules, and providing very little options to those looking for a ‘normal’ game of Battlefield.

It’s an interesting, and somewhat perplexing move for EA. While DICE attempts to pave the way for the future with the game’s raw technical capabilities (EA admitted last month that its Frostbite 2 engine was developed with next-gen consoles in mind), it’s simultaneously dragging online gaming back to the late 90s.

Later in the article

Take Activision, for example. While the publisher continues to lead Call of Duty into professional gaming territory, where game rules are so tightly defined and cheaters are banned from re-entering the universe, EA appears to be doing the opposite. It’s letting paying customers tear up the rule book, create their own play styles and game-changing modifiers. Indeed, it’s now near impossible to find a normal, balanced game of Rush, a mode that has suffered particularly badly from the abuse of game modifiers. I’ve played games where attackers have started with 5x as many tickets as the original rules allow, almost guaranteeing them the win. Where’s the fun in that?

Self-policing has also changed the way in which players can approach the game. No longer can you select Quick Match and hope to find a game suited to your load-out or skillset; the obscure obsession with sniper and pistol-only matches running rife across the online universe. You also run the risk of being kicked out of a game simply for being good – a distressingly regular occurrence that threatens to turn away devoted, skilled players.

It’s the kind of thing that would give Kotick and co. sleepless nights. Players casting aside the thousands of man hours and intricate balancing tweaks to run riot in their own unbalanced mess? Whatever next…? But it’s precisely the reason why I moved away from PC gaming and onto console multiplayer gaming in the first place, where power, policing and rule sets are generally under the control of the developer, and not a twelve-year old looking for a cheap way of levelling up faster than his mates.

Of course, if this was a bonus, rather than a replacement, this wouldn’t have been a problem. In fact, I think a publisher or developer prepared to let its players alter the playbook is something that should be encouraged. It’s something Bungie has been particularly praised for with Halo’s Forge functionality, for example.

But there’s a far graver knock on effect here. By giving control of the servers over to paying consumers, EA/DICE (it’s difficult to determine exactly which party is to blame here) has also minimised the number of official servers on offer, and thus diminished the chance for players to find a regular Battlefield 3 match.

EA originally claimed that DICE was not shutting down servers, saying that “if DICE-managed servers appear unavailable, it is because they have been rented and customised by players”. EA isn’t stupid enough to realise that that’s missing the point somewhat. But why is it so determined to pull the wool over people’s eyes?

“Custom servers have always been extremely popular with Battlefield PC players,” it continued, adding that response to their inclusion in the console game had been “overwhelmingly positive”. Ironically, it even calls the inclusion of a server list a “new innovation”, despite being a strategy as old as online gaming itself.

From what I can gauge from reactions posted online, I’d disagree that fans seem “positive” about EA’s decision. And while it’s fair to base your online experience around consumer-hosted servers on PC, the expectations, needs and demands of a console audience are considerably different – especially once you start factoring in the additional costs involved.

After all, what is my Online Pass paying for if the only games available are those funded by other members of the community? And by extension, what is my Xbox Live fee going towards? That, perhaps, is a discussion for another time.

To me, the real question here will be whether EA and DICE do something about this, and do it quickly. Because if they don’t, like I said in my piece, DICE will have to go home, because it’ll be left with just a few faithful fans playing Battlefield 3.