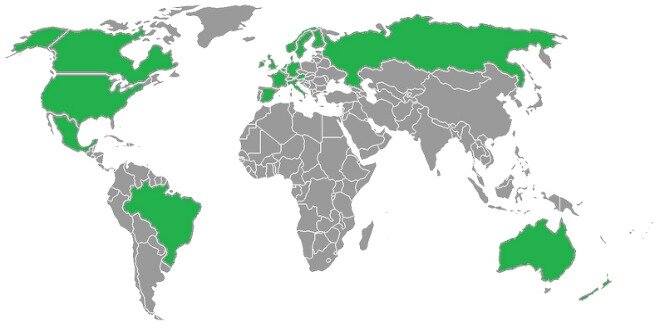 Xbox One Won’t Work In Certain Parts Of Asia, Europe, Africa – The Caribbean, Many Other Countries Not Supported

Xbox One is a connected device, meaning it demands a constant internet connection to work. It’s a route Microsoft chose for many reasons, some of the most prominent being Kinect functionality, the ability to regulate game licences and the fact that the console will need a minimum of 1.5Mbps to work. But there a drawbacks to such decisions of course, one of them being the console’s inability to function in certain countries that cannot support its demands. Microsoft has therefore listed the countries in which Xbox One will work, but the Caribbean and many other countries aren’t part of the list.

The big countries are listed of course, so Microsoft most likely won’t feel it much if it loses 1 million sales, but limiting your consoles to certain regions is never a good move. PS4 on the other hands works anywhere. 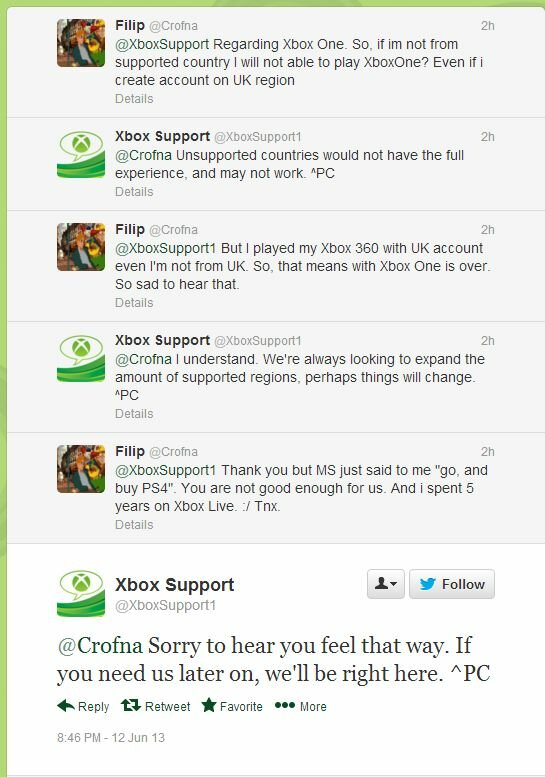 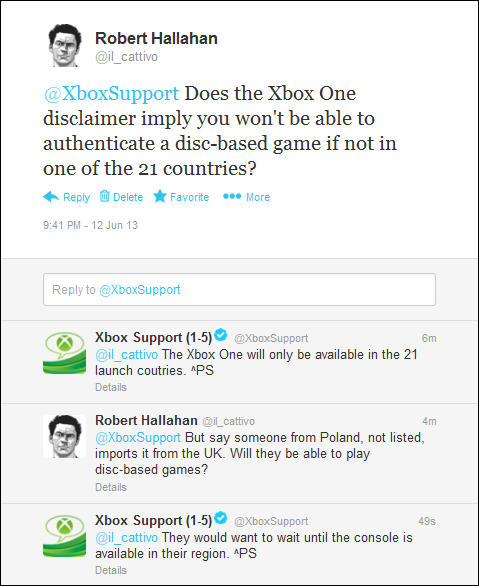 Update: We asked Microsoft about Puerto Rico and the US Virgin Islands since they’re “technicially” part of the United States, but we couldn’t get a clear response:

@gamesthirst Info we have at this time is located here http://t.co/15xrHOyqQn Looking to get to more regions as the console rolls out ^JN

We then tried a bit harder to get complete clarification, still nothing:

@gamesthirst As I said, all the info we know is at that link. And that there will be more regions available in the future ^JN