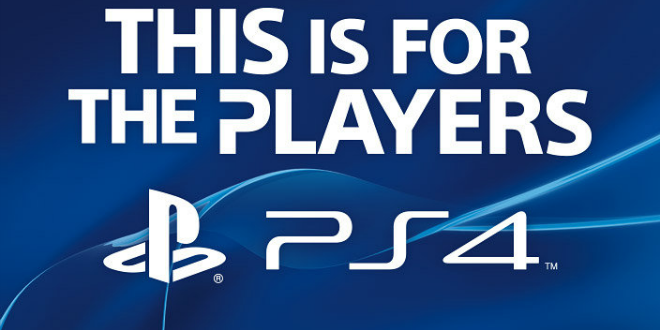 Do you remember how 2013 started? Let me refresh your memory: Sony sent out an invitation to journalists around the world to an all expenses paid trip to New York City on February 20th, 2013 for something related to PlayStation. The rest was history.

The marketing campaign was brilliant. Nobody knew for sure what would be shown, but at the same time everybody knew PS4 would be revealed. Did that make sense? No, and that was the beauty of the rival marketing Sony managed to create. And in essence, this is how the year has been, hasn’t it? Dominated by next-gen news and the release of next-generation machines. But there was another console in the wild, one that saw a ton of controversy even before it was revealed — with a culmination of the worst press a videogames console had ever amassed happening at E3. The Xbox One.

After the reveal of PS4, Microsoft followed suit — and has been following Sony since, with a May 21st reveal of Xbox One. That TV TV TV TV TV reveal was a realization of what rumors had predicted for months — that Xbox One would be built around TV applications, and would feature some consumer-unfriendly DRM features that would prevent gamers from lending their games to friends, and owners of said console would need to have the machine connected to the internet in order to play games — even offline ones. The backlash was heavy, forcing Microsoft to do something few companies had ever managed: a complete 180 of policies for a product that was already set in stone — and was in the making for years.

Don Mattrick left for Zynga, DRM was gone — and Microsoft was — and has been on a mission ever since to reposition Xbox One by painting a picture of a product that is more consumer-friendly than was lead to believe. The struggle continues, though,  and that’s because of many reasons. Firstly, the PS4 is about 50 percent more powerful than Xbox One and that power is being put to use early — most multiplatform games are rendering at 1080p and 60fps on PS4, while Xbox One only manages 720p and 60fps. And then there’s Kinect, a peripheral Microsoft built around Xbox One — meaning the console is way less appealing without it, but yet regarded as being a drag on the console’s price and widely accused of being a window for the NSA  into people’s living rooms. Launch results? PS4 leading Xbox One in both software and hardware sales in every territory.

That’s been the year. Yes, big games were still released: The Last of Us from Naughty Dog, Bioshock: Infinite from 2K Games, Tearaway from Media Molecule and Grand Theft Auto V from you know who.

Grand Theft Auto V, by the way, is one of the fastest and bestselling games of all time, shattering all sorts of records and beating even the juggernaut Call of Duty in sales this year — and by a wide margin, too.

But like I said earlier, 2013 was dominated by the release of PS4 and Xbox One, and all the news related to the new consoles. I’m just thankful that both launched without the world burning up in flames, if you know what I mean. No massive console failures and no RROD repeats.

Looking at the year ahead, I’m expecting 2014 to be groundbreaking on the games front as developers become more acquainted with the new hardware — and new opportunities of gameplay enhancements are realized. I’m also looking forward to see how the much-touted social features of both consoles — Twitch, Twitter, Facebook and U-Stream integration takes off.

It was a fun year indeed, and one the industry will not forget anytime soon. In fact I’d wager it was one of the most exciting years in videogames history, brought to us by the simultaneous launches of PS4 and Xbox One just one week apart.  It’s also great to see the consoles flying off store shelves as its vindication that the industry is stronger than ever, and flies in the face of the naysayers, who claim that mobile gaming would perma-kill the console industry. No, analysts, I’m NOT going to enjoy playing The Last of Us on a Nexus or iPad, and I’m not ready for some FPS, visually-stunning action on some smartphone, tablet with a controller, or any other kind of gimmick that’s being thrown at me. Just no.

Here’s to a great year incoming with loads of new games to play. Games that hopefully take advantage of the new hardware set before them. Oh, and we can’t forget Valve’s Steam Box that’s to be released early next year. And one can’t have a year in review without mentioning Nintendo, its successful 3DS and flailing Wii U. Nintendo must think hard and long about its future in the console business.

What was your favorite moment of 2013, gaming-wise? Let me know in the comments below! My last post for this year will be on Monday. Cheers everybody!!!