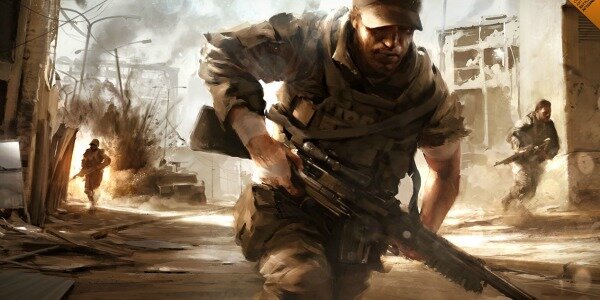 Battlefield 4 has been leaked onto gaming’s web, revealing some rather juicy details about EA’s upcoming shooter. Quench it below.

The game will now feature 64 player multiplayer maps on PS4 and Xbox 720, and will run at 60 frames per second (FPS). The new game will also be easier to start up, as EA makes an aggressive move to “steal” COD players.

Battlefield 4 will support video playback and sharing (PS4′s share button will come in handy), and of course DICE is also preparing DLC for the game. No surprise there.

This time in multiplayer, the game will feature three factions: Russia, China and the United States. Female Soldiers can now be deployed.

Battlefield 4 is now using 80 percent of Frostbite 2, whereas Battlefield 3 only managed 30-40 percent.

The story, once again, will be set in Modern times, and since the multiplayer will include China, we suspect the single player story might tell the tale of a massive war with the prolific nation.

This rumor comes to us by way of NeoGaf, via Chinese games news website Chiphell. The latter website got the juicy bits from EA Chinese employees who took part in EA’s “internal Battlefield 4 conference”.