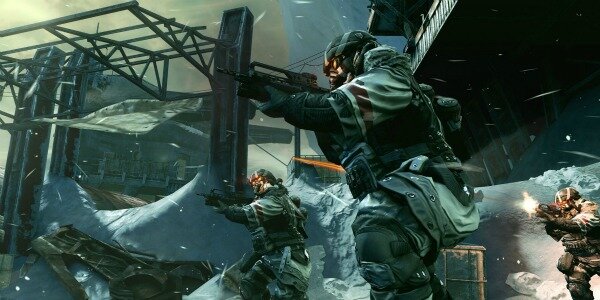 Guerrilla Games has revealed at GDC that it’s currently hard at work on three titles, and will continue supporting Killzone 3.

That’s what GG art director Jan-Bart van Beek said at GDC, as reported by IGN, but in what way the support will continue, whether it’d be DLC or just patches, the developer didn’t mention.

Apart from the new IP that’s now being worked on, van Beek also confirmed that the team working on Killzone for PS Vita has now been integrated into Guerrilla Games.

As for continuing the Killzone franchise on PS3, Guerrilla Games has already confirmed that they’re working on a title, but whether it’s Killzone 4, or spin off is yet unknown.

van Beek also delved into the process of making a new IP at Guerrilla Games, revealing that several ideas were pitched, including one that was fully thought out and planned, however Sony turned it down.

It was called Dark Science, “a retro-futuristic ’70s-punk title. Players would be Jake Crowbar, a Dirty Harry type, who takes on all sorts of monsters.”

7 Comments on "Guerrilla Games Working On Three Titles, Will Continue To Support Killzone 3"

still really sceptical on this. reminds me allot of MAG! promised ALLOT and well that did not deliver much, ...

how does he know how powerful the wiiu does? hell NO ONE does! ninty still have not released the final dev k...

exactly! i would of killed for a custom GOW3 design with stigs signature! or even a design of the mercedes S...

obviously! your not going to go spend 380M acquiring a company to then restrict it to such a small percentage...

still waiting for a trailer proving this is a proper AC! looks more like RDR to be honest. :(...

Awesome, thanks Ernice. And happy 4th of july from Canada. Cheers!...