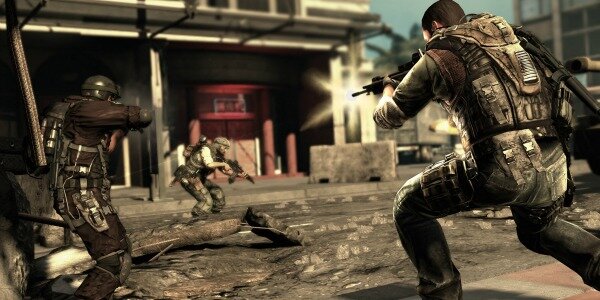 Ex-Zipper Interactive Employee Sheds Light On Why Company Went Down

There were too many cooks in the kitchen, apparently. Too many chiefs and not enough Indians, says the now redundant ex-employee. According to he/she, Sony tried to turn SOCOM 4 into four games at once: Uncharted, Call of Duty, inFamous and Killzone.

The letter was sent to TheRealSocom.com, and it reads verbatim:

So I am a former Zipper employee who worked on MAG and SOCOM 4. I will not tell anyone who I am as per the separation agreement with Zipper/SCEA, I cannot legally make disparaging remarks against either company. Well of course Zipper is no more, the website is no more, as if it never existed. I will only reply to private messages from Lukenbacher, as he is an admin of this forum.

So why do you care? Why place so much energy into a game which has not been the same for quite some time? Do you really think SONY will actually listen to the SOCOM fans and create an HD version of any of the games? Who do you blame for S4? What if anything did you like about S4? Single-player aspects, multiplayer aspects?

So I have been in the industry for a long time, I have seen as well as been with companies which have come and gone. I have been in situations where the folks who make the important decisions do not have a concept of the effects of those decisions. I have seen really great and talented people leave before all hell broke loose, as well as seen the same equally talented folks be loyal to a company and pay the price. I have seen companies embrace the folks who can just eek on by and be promoted to manage a portion of the project, but are ultimately over their head!

The industry is a volatile one. You can either keep your head down, do your work no matter how much you hate the work, or complain and try and get changes made to better the project. Well the biggest problem with either of those scenarios is that there will always be that manager/director who will slap you down, or rely on you too just shut-up and get the work done.

The biggest issue with SOCOM 4 was there were too many chiefs and not enough indians. Too many folks from within Zipper and SONY were making decisions. Now having a collaborative studio has its ups and downs, but ultimately someone needs to make the final call and be willing to take the ultimate risk.

I will also not name names, to protect the innocent, but you guys are pretty smart and can figure it out.

SOCOM went through multiple Creative and Art Directors during the development. The first CD (Creative Director hence forth) had tons of ideas, which were good ideas, but were ultimately shot down by SONY. So of course, said CD eventually became uninterested in working on the project and walked away. The next CD to fill the roll, should have never been in that roll. It is my experience that in order to say, be a Lead Animator, one must have actual animation ability. So if for instance you threw a gun to Bob the elderly mailman, with no Military training whatsoever and asked him to lead a squad of SEALS on a raid of an enemy compound, and said SEALS were ordered follow orders NO QUESTIONS ASKED! You can imagine how messed up that situation would be. The project also went through several AD’s (Art Directors hence forth). The first AD had tons of ideas, tons of experience with the franchise, and a passion for making the game look good, but was discouraged due to ultimately having to answer to a higher power who again did not have the experience or ability to critique the art of the game. Now many folks have blamed the Lead Designer for S4. The LD (you know the drill) was thrust into a bad situation and tried to make the best out of it. The LD fought for features until it finally wore the LD down and lost all hope. With no support from the first CD (as the first CD lost interest) the LD was stuck to listen to those who should not of been in the positions they were in.

Ultimately S4 was a failing on two fronts, a developer which was not brave enough to fight for what they thought was right, and a publisher which felt that the best thing for S4 was to copy elements from Uncharted, Killzone, CoD and Infamous.

If you think SONY is going to listen to the SOCOM community who has already given SONY quite a bit of money, you are mistaken. SONY has moved on (Notice Zipper is gone). They no longer wish to compete with CoD, since CoD already helps sell PS3 units. Look at Hockey, 989 Sports used to make Hockey games, but they stopped, why? They could not touch the competition, so no longer wished to try.

I, for one, didn’t enjoy SOCOM 4 one bit. In fact I traded it in after realizing I wouldn’t complete it because of the direction Zipper took the once beloved franchise.

Anyway, no one’s crying over spilled milk, here. Let’s pray those who lost their jobs can find new ones sooner rather than later.

The game’s review scores were miserable.

Quenchables: Sony Is Not Done With SOCOM