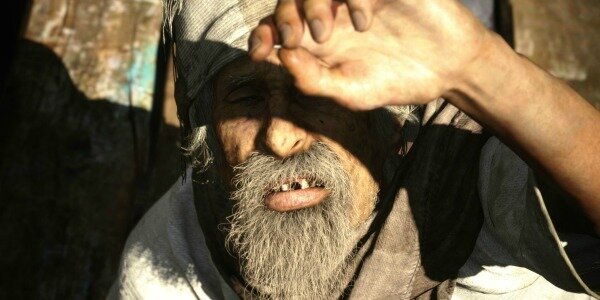 Square-Enix’s Luminous Engine stole the show at E3, and almost made Epic Games Unreal Engine 4 look novel. Almost. But it was a wonder to behold, and quite understandably, according to Square-Enix, we’ll be needing a lot more Blu-ray than what’s currently available on PS3 to realize the kind of visuals in the demo.

That’s what Yoshihisa Hashimoto, Chief Technical Officer at Square Enix said in an interview with RPG Site, adding that they’re looking at ways to best compress data for more efficiency.

“Yeah, that could be a challenge. There’s a possibility that just one Blu-ray may not be sufficient,” Hashimoto said. “Yeah. We have to really consider the mechanism of compressing the data carefully.”

The Luminous engine is not only powerful, it’s also versatile, and that’s because SE created it with multiple games in mind, not only those built in-house in Japan, but elsewhere around the world. Especially since it now owns a myriad of development houses in the west, more pointedly Europe. Don’t be surprised if the next Tomb Raider game is built using Luminous.

“It’s not going to be that this engine is going to be in every single game by Square Enix;,” Hashimoto continued, “it will be a team decision. It’s going to be one of the options that the teams can decide depending on the game they want to create. Right now, I can’t really talk about what might be using this engine.

I think [Luminous] will enable us to create movies and games that can be more acceptable to the Western people from lots of different internal studios.”

Lead Artist Akira Iwata chimed in: “For example, Brian [Horton], who is the art director of Tomb Raider – he was a part of this project too. He gave us some opinions and comments also.

And the old priest character was created by him – he was the creator of that major character. Also, the background in his scene – that was designed by the Tomb Raider team as well. So probably because of that, it’s more adaptive – it can be more widely accepted.”

Square-Enix now has games in development for the next generation, if they’ll look anything like what’s in the demo, we’re in for one heaven of a treat.

One Comment on "Square-Enix: We’re Going To Need More Blu-Ray Space For Next Gen"

pc is better than consoles because games wont die on the system with mods and other things about....

@Foxton: You're welcome, bro. @ Nick, come on man, Spyro ain't moving not one console as a launch title man. ...

There were a few things I liked about Bad Company (BC) over Battlefield (BF.) BC1 and 2 were much more squa...

Thanks EG, and clearly ive not been living in a cave for a few years, sounds like you have if you think games...

Im digging the list EG,but Im going to pull one out of the chest of time for a launch title...Legend of Dragoo...