Need I say more? I didn’t think so. Head below the break and let lust take you over while quenching 12 minutes of Metro: Last Light gameplay.

Yesir! That game is the best I've ever played. It started with the demo.... in my room...during a storm. Rem...

sorry to say this, but, well, if your stupid enough to do something like this its probably not a bad thing tha...

i havent had a chance to play around with it yet. however i doubt i will, 7 has been pretty good to me so i d...

sigh. is there ONE company out there that is not having security issues!? yea, and you wanted DD to become s...

nice to see treyarch is still talking out of their a$$!... 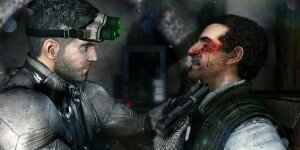