Medal Of Honor: Warfighter Likely To Be A “Major Disappointment”, Analyst Says 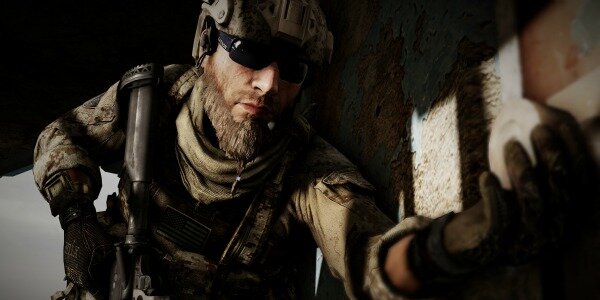 Cowen and Company analyst Doug Creutz can’t see victory for Medal of Honor: Warfighter at retail, where it really matters, believing that Halo 4 and Call of Duty: Black Ops 2 are just too strong for Danger Close’s effort to compete with.

Since late July we have been cautious about EA’s ability to reach management’s FY13 guidance due to our view that Medal of Honor: Warfighter appears likely to be a major disappointment.

While we believe Street expectations for MoH:W sales have moderated significantly, likely down to the 3-4MM unit range, we are concerned that those expectations may still be too high. Based on our read of pre-release tracking data, we think the game might struggle to sell through 2MM units worldwide.

With only a week before a murderer’s row of AAA titles begins to come out (Assassin’s Creed III on October 30; Halo 4 on November 6; Call of Duty: Black Ops 2 on November 13), we think MoH:W has a very short window to capture sales, and a dearth of reviews is unlikely to help. The decision to make early review copies unavailable does not suggest to us that the company has a high degree of confidence in the quality of the game.

Creutz also found it strange that EA refused to send out review copies of the game to the press before its release, which means gamers would have blindly spent their cash before knowing if the title was any good.

5 Comments on "Medal Of Honor: Warfighter Likely To Be A “Major Disappointment”, Analyst Says"

Your guys army sounds way cooler than ours :(...

@Nick I am afraid that I am going to have to agree to disagree with you there. I don't think anything is m...

Oh well, I can't say, I'm living in Greece so I'll be joining the Hellenic army. I'm sure whatever I tell you ...

I suppose he says it's funny because the Wii U is next-gen, and still, has not yet demonstrated any next-gen t...

christos im plan on going in the National Guard but im stuck between joining the Army.My older brother is in b...