Crysis 2 the first Playstation Plus free game for November 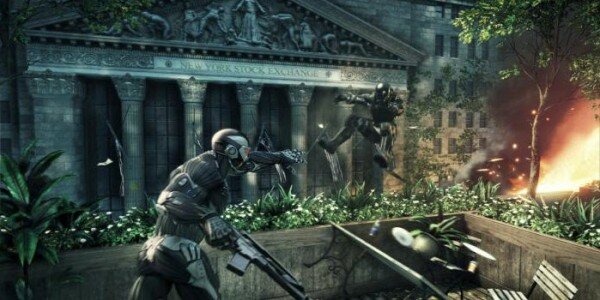 Sony announced that EA and Crytek’s blockbuster shooter will be the first game offered for free to all Playstation Plus subscribers, in November. The Instant Game Collection system proves to be a true money-returner for Playstation Plus subscribers, as that alone gives them their 50$/year cost multiple times over the course of that year, and most of the time covers what the players paid for in just one month.

The good-looking, CryEngine-powered shooter was released just a year and some months ago, and it continued the story set with the first game back in 2007, the graphical powerhouse named Crysis. Featuring 6vs6 versus matches, and a solid campaign where you’ll be making use of your stealth, power and armor suit statuses, Crysis 2 is a pretty good offer for everyone that appreciates a good shooter when they see it. Go ahead and fend off some alien invaders by squashing them with your superhuman punches, or fall from the top of a building and crush the ground below you, aliens included.

Thanks for spotting it, Grim!

LOL, love the hig pic! i wish GG would do a origin story for killzone as a launch title for the ps4, im reall...