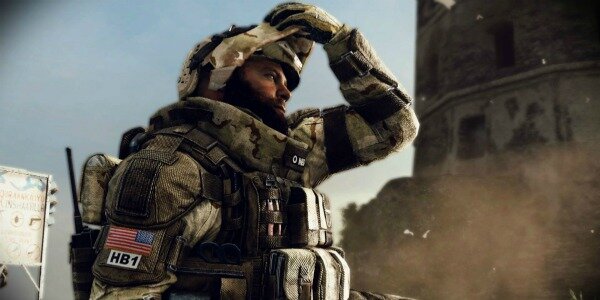 A new dash of Medal Of Honor: Warfighter reviews have gone live, some that are even more damning than those released yesterday. Kotaku’s saying “don’t play it”, while Videogamer calls it “bland and buggy”. Review scores inside.

CheatCodeCentral: 2.7/5 – “Medal of Honor: Warfighter feels unpolished. It’s a slew of great ideas mashed together in a way that doesn’t give any of them time to truly shine, rushed out to make a deadline that didn’t do it any favors. While there’s enjoyment to be had here, it is fleeting and often devolves rapidly into frustration and boredom.”

Videogamer: 6/10 – “I’d like to see Danger Close take a real, genuine crack at the thoughtful war shooter they clearly want to make, because its repeated attempts at a weak Call of Duty knock-off isn’t going to win over hearts and minds. Medal of Honor: Warfighter never stood a chance, and its deep schism between intended tone and actual design feels even more comically tragic now than it did with the original reboot two years ago. This is a bland, buggy and often boring title, one that belies the intentions of its developers and leaves the much-maligned modern shooter looking worse as a result.”

Kotaku Review: Don’t Play Medal Of Honor: Warfighter – “And yet Warfighter’s dedication to authenticity is ultimately its greatest downfall. These soldiers may spit believable jargon; they may call enemy troops “skinnies” and effortlessly sling all manner of slick-sounding military acronym. But they never manage to feel like people. They’re plastic army men fighting in a ridiculous video game world. Authenticity is more than real-world locations and accurately modeled weaponry. In order to feel authentic, a creation must, on some level, feel human. For all of Medal of Honor’s jingoistic, on-some-level-well-intentioned hollering, it feels as lifeless as an abandoned amusement park ride.

If you have played a military shooter in the last five years, you’ve already done every single thing you’ll do in Medal of Honor Warfighter, and done it better. The game so epitomizes the thoughtless, drab military shooter that it frequently lapses into inadvertent self-parody. It is lackluster in almost every way. But hey, at least the flashlights look pretty good.”

Forbes: Seen It All Before – “As a video game version of a modern-day John Wayne movie, Medal of Honor is sappy at best, dirty enough to be uncomfortable but too clean to be interesting. As a game, it works, most of the time at least. There’s nothing much more to see here.”

Official PlayStation Magazine UK: 6/10 – “Assuming you can patch it and it works, what you’ve got here is a basic shooter that, when it remembers what it is, can be fun, and when it forgets, goes mad. Most of the good ideas it uses are familiar enough to provide an acceptable amount of enjoyment, and while I applaud the attempts to try new things, not all of it works (or in some cases even make sense). But even at it’s best it’s unlikely to excite you enough to ever tell anyone else about it. Unless that conversation starts with “Parking! Actual Parking!”.