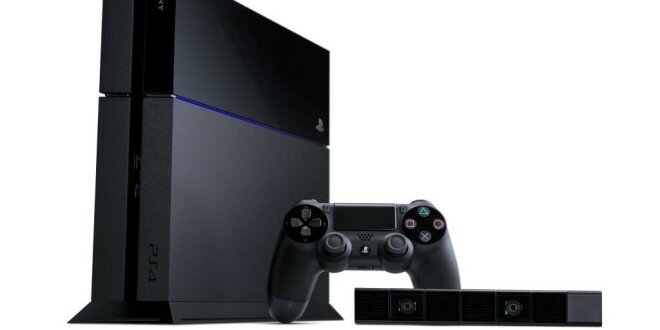 On Broken PS4s: The Internet Is Full of Drama Queens

Should we be concerned about reports of broken PS4s?

The simple answer is yes. We’ve been hearing reports of multiple PS4s experiencing the Blue Light of Death (BLoD), where, upon turning on your console, it blinks a couple times, never actually communicates with your television and is rendered worthless. This particular issue is a problem that Sony should watch closely because unlike the Red Light of Heat (RLoH), where your console starts blinking red and then turns off, which can be fixed by simply giving the console  a break to cool off, Sony has yet to give an explanation of how to fix it, or if it can be fixed at all. But the internet has gone crazy with all sorts of conspiracy theories, and with the advent of social media, a lot of things are taken way out of proportion.

Sony today announced that it’s sold over 1 million PS4 consoles in the U.S. in the console’s first 24hrs on sale, a record for the industry and being that the firm said it expected about .04 percent of the units to have issues as it’s new hardware, it’s been a pretty solid launch.

Yet the internet has gone crazy, and social media isn’t helping at all. .04 percent means about 4,000 consoles may be defected, and while that’s a small amount, it’s not much comfort if you’re part of the number. And like I’ve already said, PS4 is the first console to be launched in an age dominated by social media, so people get to share their experiences very fast. It’s also been proven that people tend to share negative news faster than they would positive, so while 996,000 gamers may be enjoying their PS4s right now, you’re more likely to hear the potential 4,000 potential consumers with faulty consoles complaining, while the vast majority of satisfied consumers remain quiet.

Now you have a few websites saying “they’d never buy new consoles at launch”, a notion that makes little sense to me, especially coming from people who cover the industry. Because on one end we keep saying how we want the industry to succeed, and we’re hoping the naysayers who believe that console gaming is on a decline to be proven wrong (and Sony did exactly that by selling 1 million units in 24hrs), but on the other hand we’re told oh, ‘you shouldn’t be a new console at launch’ because of potential defects. So tell me, then, if no one goes out and buy the consoles at launch, how will the industry fare? What would this say about gamers? And why would either Sony, Microsoft or Nintendo see the need to even continue supporting the industry? People keep speaking oxymoron and have no idea what they’re saying.

The industry is way too reactive when it comes to situations like this and gives little to no perspective. People need to keep calm.

GamesThirst’s advice is to go out and buy a PS4 if that’s the console you want. Buy it brand new, get excited and if you run into hardware issues, contact customer support and try to find help — you’ll ultimately get support — and a new PS4 if yours is a defect. If Xbox One is your thing, the same rule applies here. Rush out, camp out, stand in a long line and enjoy your gaming tradition, let no one deter you from it. Because at the end of your day it’s your decision, your money and your time. Not people on the internet with too much time on their hands.

May gaming continue to thrive like it always has — and even more so in the face of its naysayers.

Sony On Malfunctioning PS4s: It’s Nothing Serious, Was Expected With New Product Launch