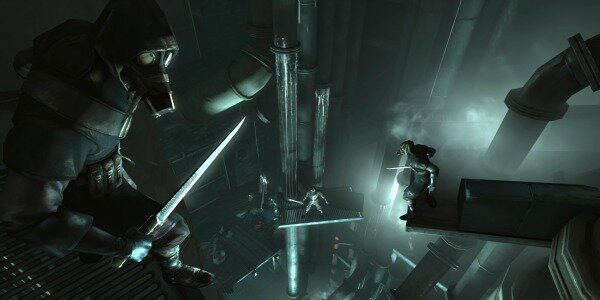 Arkane Studios’ creation, Dishonored, will be getting three add-on packs, the first of which will be released this December, and the rest will follow in 2013.

The Dishonored: Dunwall City Trials DLC will cost £3.99/€4.99/$4.99/400 MS points and will add 10 challenge maps to the game, designed to test players’ combat, stealth and mobility skills. Said trials  will vary in form; you will have to fight off waves of attackers and on the next map you might have to race against the clock. New trophies/achievements and online leaderboards will also be added.

Next, we have a story add-on pack, details for which we’ll have later this year. The pack is targeted for next Spring and will focus on Daud, the leader of a group of supernatural assassins called The Whalers. It’ll add new locations within Dunwall, as well as powers, weapons and gadgets that you’ll be able to liberate from Daud’s clutches.

Lastly, we have the third add-on pack, which we know nothing of.