Are developers abandoning consoles in droves? Not only have Lightbox, the Starhawk developer quit the retail model to focus on iOS development, now Black Ops 2: Declassified developer Nihilistic has announced its retirement from retail, even going as far as changing its name to nStigagte.

Said the developer on its site:

There’s no bigger cliché in the videogame industry right now than to say that a studio is re-organizing itself away from retail game development and toward the new challenges of downloadable and mobile games. Everyone knows retail sales are down, publishers are hurting, independent developers are suffering, blah blah blah.

With this in mind, Nihilistic is announcing today that (OMG!) we are re-organizing our company after 14 years of working with retail boxed game development, and re-forming as nStigate Games, a new company focused on downloadable, on-line, and mobile games.

The future for nStigate is yet to be written, but the history of Nihilistic is coming to a close. We thank all the people who have worked here over the last 14 years. It’s been a privilege and a joy to serve our players for the past years. We love what we do, and we love it when you guys like it. Thank you for playing.

The firm has developed a host of handheld games, from COD: Black Ops 2 Declassified to Resistance: Burning Skies, non of which turned out great.

I got to play the Beta and, to me, it moves better than COD. Hitboxes are tight unlike COD (thanks dedicated s...

To me, he said a lot but didn't say anything special. I can tell you my next shit will be innovative (somethin...

@benzo but MoH sucked though, ernice knows that i heavily promoted that game on this site. before the game cam...

What EG and Nick are talking about is exactly what I was ranting about earlier this week. EA wants to sell big...

@Ernice: So what does this do to the gun? More stuff to put on the gun? Or (hopefully not) the ability to chan...

Ahhh damn it I have the feels for the 2000 people who are going to lose their jobs. Wish they find some jobs a... 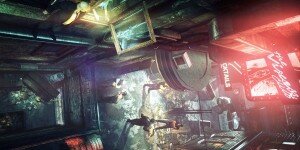