Details of Call of Duty: Black Ops II season pass leaked online over the weekend courtesy of the game’s own website (it’s seen been pulled), but after taking a closer look at the content, we realize it’s amazingly different from Call of Duty Elite.

It’s nothing like Elite in that a onetime payment for all the game’s DLC is not an option, instead a season pass can be purchased that covers four downloadable map packs, including “Multiplayer and Zombies playable content”. It’ll cost £34.99.

**Season Pass and DLC Map Packs may not be available on all platforms or in all territories. Pricing and release dates may vary by platform. Call of Duty: Black Ops 2 game required; sold separately.

@ghost , depends on which halo game you played, first halo was one of the best fps of its time, and they even ...

I'm going to try the beta tomorrow. I want to see why it will be so great, If any of you guys get to play it. ...

if you gave me a xbox or ps3 i would take it run in a dark corner and hiss lol...

well i really didn't mean it in that sense. i just felt like i'm missing something because everyone says Halo ... 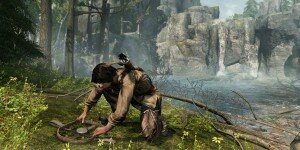