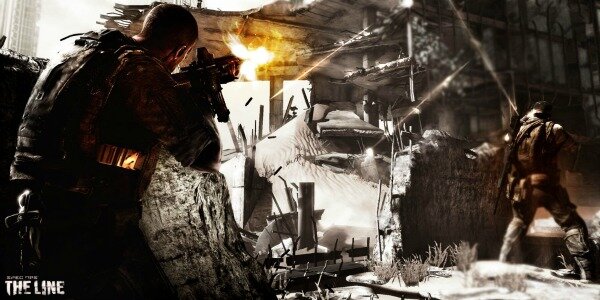 Cory Davis, the lead designer of Yager which developed Spec Ops: The Line for 2K earlier this year, dismisses the game’s multiplayer component as a “low-quality Call of Duty clone in third-person”, among more, while speaking to Polygon.

Specifically, the developer said the team at Yager didn’t want the game to have multiplayer, but “the publisher was determined to have it anyway. It was literally a check box that the financial predictions said we needed, and 2K was relentless in making sure that it happened – even at the detriment of the overall project and the perception of the game”.

Darkside Studios developed the multiplayer part of the game, and Davis isn’t happy about it, and is not afraid to show that. ”It sheds a negative light on all of the meaningful things we did in the single-player experience. The multiplayer game’s tone is entirely different, the game mechanics were raped to make it happen, and it was a waste of money. No one is playing it, and I don’t even feel like it’s part of the overall package — it’s another game rammed onto the disk like a cancerous growth, threatening to destroy the best things about the experience that the team at Yager put their heart and souls into creating”.

But, Davis is not against 2K. He said he’s happy the publisher approved of the game, as it was a risk “other publishers would not have had the balls to take. I’m proud of what we were able to achieve, and it was not easy”. He just sympathises with developers who are forced to create what he calls “tacked-on multiplayer”. Lastly, he called the game’s multiplayer “bulls**t, should not exist… there’s no doubt that it’s an overall failure”.