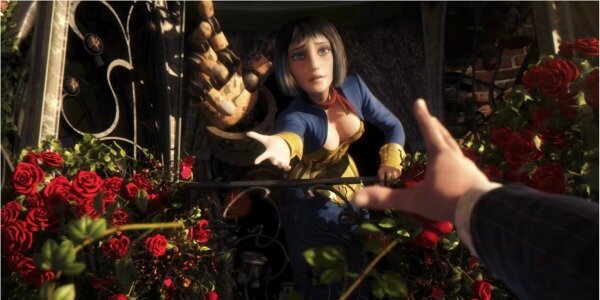 Ken Levine Is Disappointed Gamers Are Focused On Elizabeth’s Breast

And not her character.

According to Levine, there’s so much more to Elizabeth than her bodily appearance, adding that if there’s any sex symbol appeal from her, it was totally unintended.

“Iâ€™d much rather talk about what sheâ€™s going through as a person, but whatever. [The fans] have the right to shout out whatever they want,” Levine told OXM.

“Does she need to be physically attractive? Bookerâ€™s not exactly an unattractive dude himself. He doesnâ€™t have a spare tyre and heâ€™s a good-looking guy. Generally people in media are more attractive than the average person.”

Levine does admit, however, that some of the design questions he asked himself was whether Elizabeth needed to be pretty or voluptuous. He obviously went with both.

“In terms of her body type, I think certainly people on the Internet have spent way more time thinking about Elizabethâ€™s chest than I have. Itâ€™s something Iâ€™ve barely thought about.”

Levine added that he becomes “disappointed” when Elizabeth’s boobs and other curved areas of her body become the topic of discussion, as it steals away from other essential topics.

Bioshock: Infinite sees a release in 2013.

Previous: Bungie Apple – What Does It Mean?
Next: Quenchables: Activision On “Experimenting” With MW3 DLC