It’s expected to be the same on PS3. Your thirst quenched, below the break.

Nathan Drake much? lol totaly looks like the Uncharted one boxart from the other side: http://www.vgblogger.c...

well ghost its just a box lol play the game love the game and game the game :)...

well shadow you are not a fag because you said it "looks nice but still prefer the xbox controller" instead of...

Nothing much planed this weekend, going out buying a new christmas tree, might go to the movies as well. Then ...

Looks nice, but still prefer the xbox controller , and no Im not an xbox fag :)...

I will be working this weekend. Gonna watch Snow White and the Huntsman with the wifey,and play a little PS3! ...

thanks for ruining the box art sony with your exclusive crap. like really anyone who plays bioShock owns the f... 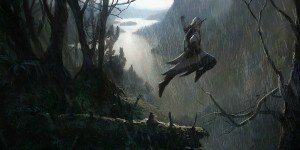