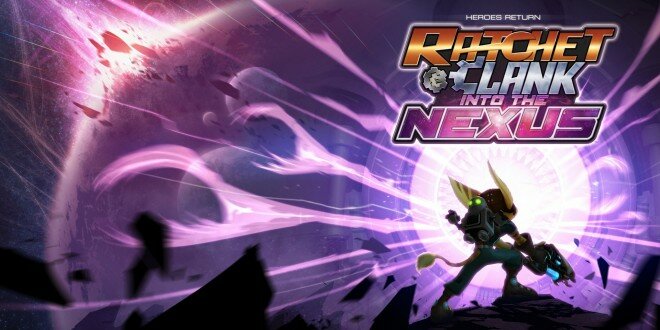 Also, shorter than usual Insomniac says, for a reason.

Ratchet & Clank: Into the Nexus, the somewhat horror take on the Ratchet universe, will land on November 12th (North America, 13 for Europe), and will cost $29.99 both in digital and retail. Why is it not full priced? Because it’s shorter than the average Ratchet & Clank game.

James Stevenson, Insomniac’s senior community manager, explained that this is an epilogue to the Future trilogy (which included Tools of Destruction, Quest for Booty and A Crack in Time), and is an opportunity “to tie a bow on the PS3 era of Ratchet with a shorter title.

“We have a lot of stories to tell, some longer, some shorter. This one felt just right. It’s a very polished self-contained return to the Ratchet adventures of yore.”

Could it be the last Ratchet & Clank game on the PlayStation 3? Might as well be.

So, it costing just half of what a regular game costs (not to mention of a big franchise like this) just makes the deal all the more sweeter. Plus, pre-ordering your copy will get you a Pyronox armor DLC pack for armor for Ratchet.

Into the Nexus release date ratchet and clank into the nexus 2013-10-03
+Christos Chatzisavvas
Share !

Tagged with: Into the Nexus release date ratchet and clank into the nexus