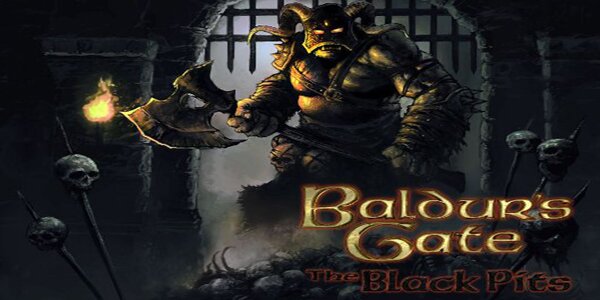 Developer Beamdog said that the revival of the classic RPG, Baldur’s Gate: Enhanced Edition, will be available to join our collections on the 18th day of the coming September. Being an enhanced remake, the dev promises new characters and a new adventure, claiming it will require six hours before you’re done with it.

Pre-ordering the game for PC or Mac saves you 2$, making it 18$, instead of the standard 20$. These versions will include 3 new playable sidekicks: Blackguard Dorn the half-Orc, half-elf Wild Mage Neera, and a normal human monk named Rasaad, along with a new dungeon called The Black Pits, within Underdark, which wants you to battle through fifteen arena-like levels.

There’s also an iPad version that will cost 10$, and Beamdog hopes it will be released at around the same time as the PC/Mac version. This edition of the game will be utterly different when it comes to interface, so that it takes full advantage of the device’s touch screen and general functions. Unlike the computer players though, iPad players will have to buy Dorn and Neera separately in the form of DLC, as well as additional voice sets and portraits, but The Black Pits will be there when you buy the game.

Lastly, both the computer and iPad versions will feature cross-platform multiplayer across all the versions, as well as all the classes, kits and races available in Baldur’s Gate II, with many of the original game’s bugs being coded out.

Beamdog has also given a description regarding Black Pits. It reads as follows:

“Rouse yourselves, you lice-laden layabouts. Stand and salute your new master, Baeloth the Entertainer!”

Across the realms, individuals of great power and prestige receive a scroll via magical means. Unfurling it, they discover that they have been selected as one of the very few to enjoy the finest forms of entertainment in all creation…

Come one, come all! Baeloth the Entertainer cordially invites you to the greatest spectacle the realms have to offer – mortal pitted against mortal in a desperate bid to survive! Thrilling combat, scintillating magic, and the grim spectre of death lurk above this, the greatest of all shows! All this and more can be enjoyed within… THE BLACK PITS!

Deep within the Underdark where few dare to tread, the mad drow Baeloth has used his extensive mastery of magic to force a duergar colony into creating an entertainment complex of his own design. He has invited guests from across the realms, from Maztica to Menzoberranzan, and they will readily attend – Baeloth is known to be an excellent showman.

The Black Pits is one of the enhancements that make up Baldur’s Gate: Enhanced Edition that allows you to create a full party and battle through fifteen hellish battles in a desperate bid to escape. Difficult challenges, unique battles, and a bizarre cast of characters await you within the Underdark!

The Black Pits are your new home… enjoy your stay while you can!

There’s also a description of the character Dorn:

“Do not annoy me with such simplistic notions of morality.”

Born in the Spine of the World, Dorn fled to Luskan with his human mother when a rival tribe annihilated his father’s savage people. In that northern city, Dorn’s ruthless strength soon won him a deadly reputation and the attentions of a band of mercenaries whose wickedness exceeded even Dorn’s. Imprisoned for the crimes of the entire group, Dorn made a fiendish bargain granting him even greater power and the promise of revenge.

A Blackguard of few words, Dorn is only too happy to ally himself with a child of Bhaal and cut a bloody swath across the Sword Coast with his black greatsword, as long as that path continues to lead him to the traitors he has sworn to destroy.

Dorn is a half-orc Blackguard whose otherworldly patron grants him terrible powers in the form of his black sword and unholy spells. Add him to your Baldur’s Gate: Enhanced Edition and inflict evil to the last corpse.

Betrayed by his former companions, the half-orc Dorn Il-Khan lusts for revenge and glory in equal measure.

Previous: You Can Complete Dishonored Without Killing A Soul
Next: Apple Enters The Games Business, Patents Game Controller (Update)