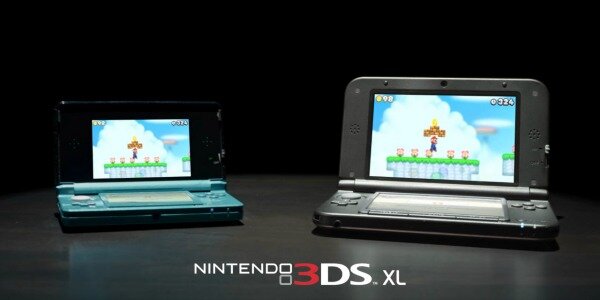 Nintendo’s announced a new 3DS model overnight, coming with a 90 percent bigger screen (bottom and top), and is officially called 3DS LL in Japan, and 3DS XL in the west.

In Japan, Nintendo’s releasing the 3DS XL’s adapter as a standalone item to cut costs, however in the U.S. the adapter will be included in the package.

The 3DS XL will come ready with a 4GB SD card.