Dishonored Dated For An October Release

Dishonored will be released on October 9th in the U.S. and on the 12th of the same month in Europe, Bethesda’s announced.

The shooter, developed by Arkane Studios, will be playable at E3 next month.

“We are looking forward to sharing lots more information about the game leading up to its launch in October, and having a hands-on build of Dishonored in our booth at E3!”

4 Comments on "Dishonored Dated For An October Release"

Will have to see what they announce tomorrow. really enjoyed the first Witcher so could be interesting. Also...

Agreed. I believe this has a lot of potential like you said, but must be executed well....

properly executed this could be a game changer for sony's online service. i mean to have digital games along w...

actually i gonna have to agree with nick on this instead of trying to make kids that no one buys they should p...

gotta love it how blizzard bust in and murder your sheep than wave the white flag and say sorry will promise t...

oh the irony, the irony of it all! after what you have done to your fans beloved franchises like DMC, RE, meg...

dont we already have this? its called trials evolution! sigh. M$, seriously, WHAT THE %$#@ ARE YOU DOING!?!... 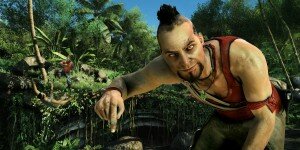