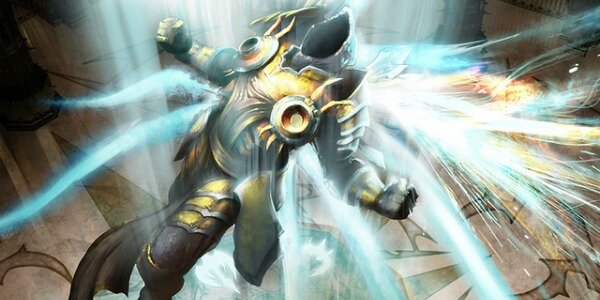 Posted by: Ernice Gilbert May 23, 2012 in Activision/Bilzzard, News, PC 5 Comments

Blizzard’s announced Diablo III has sold 6.3 million units since it went on sale last week, with 3.5 million copies being sold in the first 24hrs, according to Activision Blizzard’s internal records and reports from key distribution partners. Amazing numbers.

The numbers are even more impressive as they do not include 1.2 million copies given to players who signed up for the World of Warcraft Annual Pass promotion.

“We’re definitely thrilled that so many people around the world were excited to pick up their copy of Diablo III and jump in the moment it went live,” said Blizzard co-founder Mike Morhaime.

“We also regret that our preparations were not enough to ensure everyone had a seamless experience when they did so. I want to reaffirm our commitment to make sure the millions of Diablo III players out there have a great experience with the game moving forward, and I also want to thank them for their ongoing support.”

Morhaime continued: “Regarding today’s announcement, we recognize that setting a new launch record is a big achievement. However, we’re especially proud of the gameplay feedback we’ve received from players worldwide. We’re pleased that Diablo III has lived up to players’ high expectations, and we’re looking forward to welcoming more players into Sanctuary in the days ahead.”

“Diablo III was one of our biggest PC launches ever and will help make this a record year for Blizzard at GameStop,” said SVP of merchandising at GameStop, Bob McKenzie.

Meanwhile, Blizzard has commenced the rollout of Diablo III hotfixes.

One of the major changes is the Monk’s Boon of Protection rune. According to Blizzard, the “amount of damage absorbed is now capped at the amount of healing provided by Mantra of Healing in the first 3 seconds after activation.”

Speaking about the BoP changes, Blizzard community manager Bashiok recommended discontinuing its use until it’s replaced with a new rune and mechanic in a future patch.

“The Boon of Protection rune was approximately ten times over its budget on the benefits it provided, and it was quite simply a mistake on our part to let the rune ship as it was. We don’t intend to take these quick and drastic measures often, but considering the severity of the issue, we felt it important to correct it swiftly.”

The full list of hotfixes will be released tomorrow.