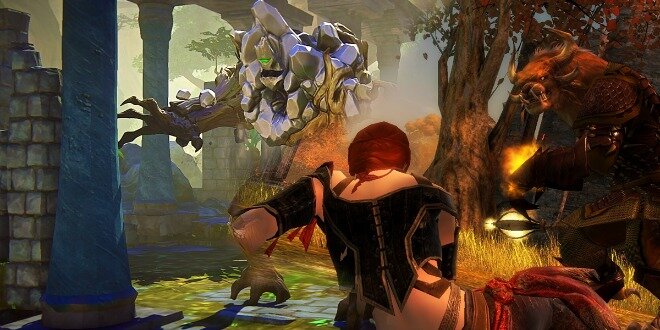 EverQuest Next confirmed for PS4

EverQuest Next, the highly-praised game from Sony Online Entertainment, has just been confirmed for PS4.

Sony Online Entertainment president John Smedley confirmed the news during a Reddit AMA session, saying: “Yes. We will absolutely be bringing EQN to the PlayStation 4.”

In the same Reddit AMA, Smedley revealed that PlanetSide 2 for PS4 won’t be released as planned in “early 2014″, however development continues and is going well: “first half of this year is what we’re shooting for. It’s taking time to do this right but coming along great”.

Tagged with: everquest next ps4

EverQuest Next May Be Released On PS4