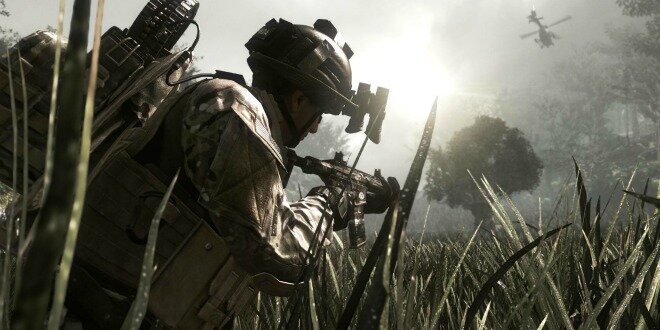 The official PC specs for Call of Duty: Ghosts have been released by Nvidia, both minimum and recommended, but it seems as if most PCs won’t be able to run this beast. I mean, how many people have 6GB of RAM sitting idle on their PCs? You’re right, a minority.

Those minimum specs in full:

And the recommended specs:

So why the sudden high specs for a Call of Duty game, a franchise not known for pushing visual boundaries? Apparently it has to do with the size of the textures, as Nvidia in recent months has talked up PC games in 4K resolution like the second coming of the Lord, and one of the titles it trumpeted as boasted the ability to run 4K is, you guessed it: Call of Duty: Ghosts.

“Only these configurations have the performance to power games like Assassin’s Creed 4: Black Flag, Batman: Arkham Origins, Call of Duty: Ghosts, and Watch_Dogs to their maximum potential.

“To ensure a flawless 4K experience Nvidia is working closely with the developers of each game, and in addition to supporting 4K, we are working hand-in-hand with the developers to integrate exclusive, game-changing Nvidia technologies like PhysX, TXAA, and HBAO.”

Previous: Call of Duty: Ghosts To Feature Dedicated Servers On All Platforms
Next: Watch Dogs PC Requirements Are Even More Demanding Than We Thought