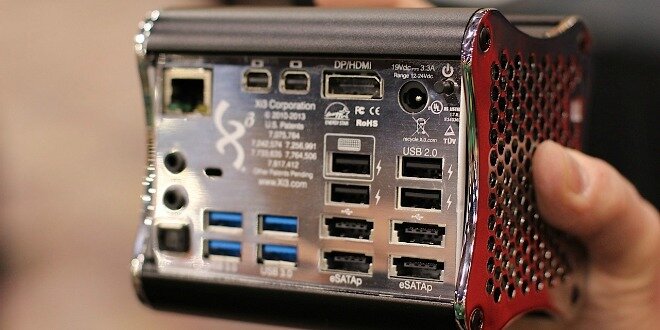 Valve has released an estimation of what it expects the specs on Steam Box to be, and rest assured they immediately put PS4 and Xbox One hardware to shame.

So for our own first prototype Steam Machine ( the one we’re shipping to 300 Steam users ), we’ve chosen to build something special. The prototype machine is a high-end, high-performance box, built out of off-the-shelf PC parts. It is also fully upgradable, allowing any user to swap out the GPU, hard drive, CPU, even the motherboard if you really want to. Apart from the custom enclosure, anyone can go and build exactly the same machine by shopping for components and assembling it themselves. And we expect that at least a few people will do just that. (We’ll also share the source CAD files for our enclosure, in case people want to replicate it as well.)

And to be clear, this design is not meant to serve the needs of all of the tens of millions of Steam users. It may, however, be the kind of machine that a significant percentage of Steam users would actually want to purchase – those who want plenty of performance in a high-end living room package. Many others would opt for machines that have been more carefully designed to cost less, or to be tiny, or super quiet, and there will be Steam Machines that fit those descriptions.

Here are the specifications for Valve’s 300 prototypes.

Now, to be sure, these machines will cost you some big bucks. For example, as pointed out by Kotaku, the lowest end Steam Box, using a GTX660 and an i3 CPU, could set you back about $880. And the highest end machine, with a Titan and an i7 CPU, will run you about $1,850.

Previous: Homefront 2 images leaked?
Next: 1.5 million PS4s have been preordered