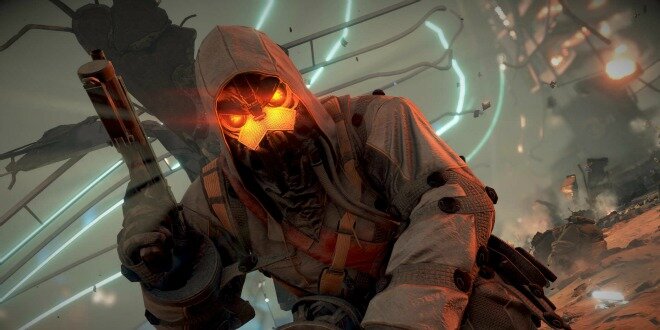 PC gamers love to troll PS4 fans by claiming that the new console from Sony is no more than a high-end PC, something that frustrates Guerrilla Games’ technical director Michiel Van Der Leeuw.

Speaking to Edge, Van Der Leeuw said new consoles have always been high-end hardware, however there are certain components to a machine like PS4 that makes it uniquely positioned as a core and primary games system.

That’s difficult because people are trolling, right. What do you say to a troll? You don’t feed the trolls, that’ll make them grow.

I mean, it has always been a piece of high-end hardware that we put in a box, we find exactly the right components that complement each other and make a really good gaming experience. This is exactly the same thing – it is a console. The fact that the best pieces of hardware are also devised from, or optimised versions of, the stuff we find in PCs doesn’t make it any less a console. I can imagine if you find people with a vested interest to say PC gaming has won, they will find lots of great arguments in the fact that we use some of the same parts. But you know that’s just fanboys on the internet, I guess.

Van Der Leeuw went on to explain the differences between PS4 and a high-powered PC:

Whereas if you have a PC very often your buffs, or your express buffs are very slow compared to your video RAM which is GDDR5 and your main RAM then is even slower than that, but you compensate by sticking buffers in there… there’s a lot of things to contemplate in the fact that it is a replaceable-parts architecture. This [PS4] is where all of the parts are designed to work together, naturally.

Va Der Leeuw said Guerrilla Games was very involved in PS4′s development, running tests with Killzone 3 and early portions of Killzone 4 in a quest to find and eliminate bottlenecks.

I think it was for more than a year that we knew the main ingredients and there was just discussion after discussion trying to find a bottleneck,” he added. “We actually had parts of both Killzone 3 and very early Killzone 4 art assets running through simulators to try to find out how it would behave on our speculative hardware that didn’t exist – trying to find bottlenecks in the hardware that we could fix before we could even think about the chip.

Killzone 4 is a PS4 launch title. The console sees a release holiday season 2013.

Tagged with: Guerrilla Games ps3 vs pc ps4 and pc