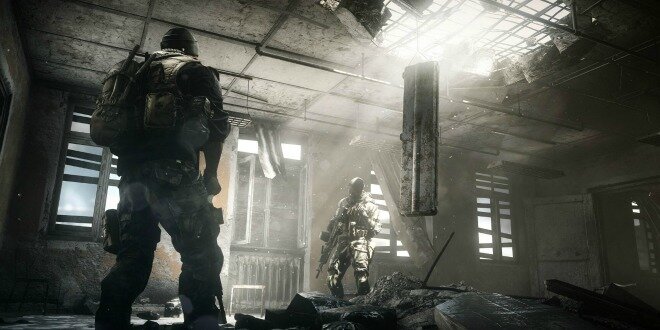 DICE: “We Should Be Slapped For Battlefield 3 Unlock System”

DICE has admitted that the unlock system Battlefield 3 launched with was underwhelming, and they should be slapped for releasing such a shameful system.

“We shipped Battlefield 3, which we should be slapped for, with probably the worst setups ever,” said DICE creative director Lars Gustavsson in an interview with VG247.

Battlefield 3 unlock system required gamers to achieve kills to unlock weapons and their customizations, for example silencers and red dot sights. The same system applied to vehicles, with Gustavsson admitting that such a system made it difficult for newcomers to get a handle of jets.

“As a pilot, you had to fly your plane and only kill other planes with your cannons,” he said. “You didn’t have any counter-measures; you didn’t have any missiles. And that’s basically for the best of the best pilots; that’s what they should do to show their skills.

He added: “[Beginners] should have counter-measures, you should have heat-seeking missiles to give you a smooth ride into the game and then from there on you should customize.”

Elsewhere in the interview, Gustavsson said that latency and the game’s UI has been improved to make it easier for newcomers.

“With Battlefield 4 we’ve done numerous things,” he said. “We heard this feedback once again from Battlefield 3. We did a lot of tests; some of them were simple stuff just directly correlating to input latency and stuff like that. People were behind an enemy; they thought they had a perfect kill but with latency and everything it turned out that they missed, and they wondered why.”

“So we’ve worked with latency,” he continued. “We’ve added a test range where you can learn to fly the transport helicopter, not crash it into your friends. We’ve reworked menus to give you a much better understanding of how you customize–comparisons when you add attachments that give you a better understanding, just like racing games.”

“We have reworked the spawn menu, just the concept of spawning in; in most games you just end up somewhere random, but here we have a choice. We have to try to show that in a much more visual way. So we’ve done rigorous testing on that one. Game mode movies and so on.”

“We’ve definitely done a lot to smooth the learning curve,” he concluded.

Previous: BioShock 2 updated on Steam due to Games for Windows Live’s closure
Next: PlayStation App will be free