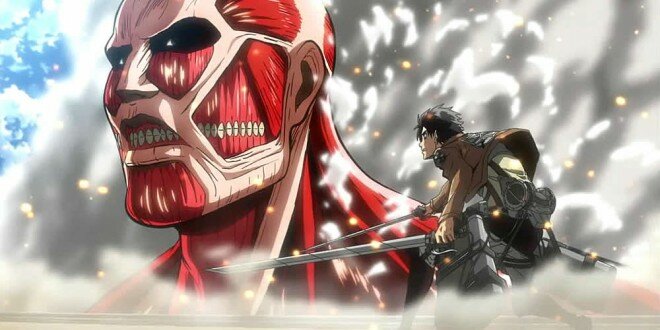 Shingeki no Kyojin ( Attack on Titan )

Valuable information from episode 25 of Shingeki no Kyojin.

Before I explain everything about this anime I want to share a story, that was revealed to us on episode 25 of Shingeki no Kyojin.

The Walls: The year 784…
One blistering hot night , a miner decided to dig under Wall Sina, to live within the inner ring. ”Life in Wall Sina would be pretty nice.” That thought had come to him suddenly a few days ago, as he dug with his shovel, deep in a coal mine. I a way, you could call it divine inspiration. And so, for the next few days, he wandered along the wall, finalyy settling on a spot where the dense forest pressed against it. No one would chance upon him, and the overhead leaves would shelter him and his task from the prying eyes of the guards above. On the next night, he began. Using his trusty shovel the miner began to dig. The work went smoothly, and before long, the pit was as deep as he was tall. When he could no longer fling the dirt outside it, he stuffed it into sacks, climbing a ladder to discard it. Completely dedicated to the task at hand, he took only a few short breaks to drink water and to ease his weary muscles. After spending twenty years of his life digging without a day of rest, the miner knew he was an expert at it. And during that time, he’d learned to dig deeper, more quickly, and more efficiently than anyone else. Tunnels that would stump any other miner were no match for his shovel. But that day was different. He dug for hours, yet never seemed to get anywhere. As he dug, he probed to either side of the main pit with his shovel, but it was of no use. The wall’s foundation seemed to go down forever, deep into the eart, blocking his path at every turn. Still, he persevered. Any thought of digging his way to an easy life inside Wall Sina had been long forgotten. He simply wanted to conquer the wall. ”I’m willing to bet all the years I’ve spent digging that I will beat this wall, ” he said to himself, wiping the sweat from his brow. The hole was more than four or five times the miner’s height when he struck hard rock. He wondered, ”Bedrock?” But it appeared to be of the same material as the wall’s foundation itself. The miner swung his shovel down hard on the rock. The shovel shattered, but the rock was unscathed. The miner sighed, and his sigh was deeper than any hole he’d dug in the previous twenty years.

With a frown, his friend questioned, ”The Wall?” ”It’s weird, isn’t it?” the miner said, lifting his drink to his lips. ”Who knew that the wall went so deep underground?” The pair sat acros from one another at a table in the back of a tavern in a seedy part of town. Most days, the miner would go there with his friend, his only friend after work. That day, the day after he’d tried to dig under the wall, they’d gone there as usual, once the workday was done. And then, the miner told his friend the story, certain that his friend could keep a secret. ”Maybe we’re surrounded by walls not only above the ground, but below the ground, too,” said the miner. ”Tell me something…What, exactly are the walls?” His friend cut him off with a cough, glancing around the tavern. The patrons were all busy drinking, hitting on the tavern maid, or yelling at one another. No one was watching them. But even so, the miner decided not to say another word about it. If anyone heard him, the Military Police would be there in an intant. ”Does it really matter?” his friend asked. ”Just keep on living here as you always have. You’re poor, but you have a job every day, and enough money that you can drink. Isn’t that enough?” ”Yeah,” the miner replied. ”Yeah, it is. I’ll go back to digging. In the end, i guess that’s my lot in life.” But the next day, the miner didn’t show up for work. Nor the next… Nor the day after that. His friend went to his house many times, but never saw any sign of him. The miner had no relatives, nor other close friends, so there was no one to ask where he might have gone. Unsure what to do, his friend eventually went to the Garrison, and told them the whole story. The next day, the Military Police and the Garrison organized a large-scale search party. It was a little excessive for one pooer miner, even if that miner was a criminal who’d tried to pass under the walls. His friend couldn’t understand why they were so bent on finding him. But they never found a trace of the miner, nor even the pit he’d dug. And one day, his friend also vanished, never to be seen again.

Shingeki no Kyojin, Information We Can Share So Far ”Part 2”

”Otaku-san” is back with Hot News, DBZ MOVIE