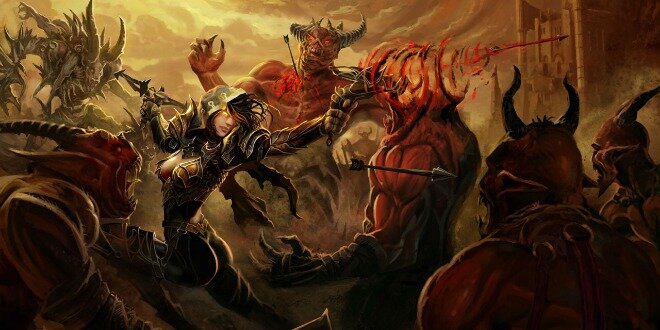 Blizzard has just announced that they’re ending the auction houses from Diablo III on March 18th, 2014.

Here’s the message from Blizzard:

When we initially designed and implemented the auction houses, the driving goal was to provide a convenient and secure system for trades. But as we’ve mentioned on different occasions, it became increasingly clear that despite the benefits of the AH system and the fact that many players around the world use it, it ultimately undermines Diablo’s core game play: kill monsters to get cool loot. With that in mind, we want to let everyone know that we’ve decided to remove the gold and real-money auction house system from Diablo III.

We feel that this move along with the Loot 2.0 system being developed concurrently with Reaper of Souls™ will result in a much more rewarding game experience for our players.

We’re working out the details of how the auction house system will be shut down, but we wanted to share the news as soon as we made the decision in order to give everyone as much advance notice as possible. Please note that the shutdown will occur on March 18, 2014. We will keep everyone informed as we work through this process.