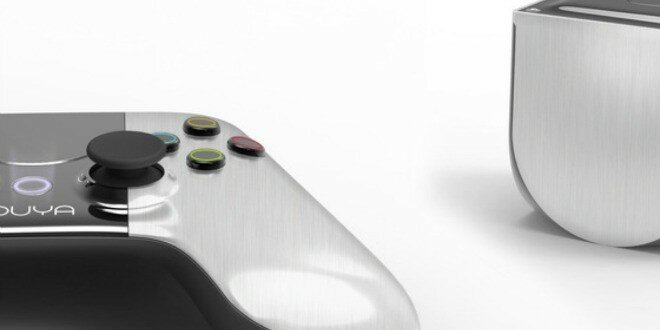 Ouya is a troubled console. As if a vomit-themed advertisement, or the fact that they needed more money than they asked for wasn’t enough, Ouya boss Julie Uhrman keeps on shooting themselves in the foot.

In case you are not familiar with the Free the Games Fund, it’s an Ouya initiative that started in July. Through it, Ouya developers who have their games on Kickstarter and meet a goal that’s over $50,000 will receive up to $250,000 from Ouya.

This, however, turned out to be so easily exploitable that it killed the whole move. Two projects, “Elementary, My Dear holmes!” and “Gridiron Thunder”, managed to amass their goals through dodgy means at best, and full-blown fraud at worst. Gridiron Thunder started off by asking for $75,000 in Kickstarter, and managed to achieve it — albeit through around 187 backers, with an average of $626 contributed by each. Sounds fishy?

Then, how about adding insult to the injury? While the Elementary, My Dear Holmes campaign was brought down by Kickstarter due to reports of scamming, it had contributors ranging from Reese’s Peanut Butter Cups, the Mona Lisa, Dorothy from The Wizard of Oz, and most disgustingly, a woman that’s been reported as missing since 2011. Gridiron Thunder is fully funded though, and marching towards release. (Extended analysis in this NeoGAF thread.)

You’d expect Julie Uhrman, the woman behind Ouya, to actually condemn these two cases, or at least, order an investigation. Instead, she replied without even mentioning the two suspicious cases, and even said the team was surprised by the reaction!

This led independent developer Sophie Houlden to pull her game, Rose and Time, from the Ouya marketplace, expressing her disgust. According to Houlden, though, it wasn’t these two games that ticked her off; it was the response from Uhrman that did it. In Sophie’s words:

“It’s their inability to admit that they have f***ed up. S**t is blowing up on all sides, every single piece of PR that is put out damages OUYA’s reputation more, and the plastic-marketing-smile never seems to come off. They never get serious to deal with stuff. They never change course when things are going down the toilet.”

“This post makes me sad, for a lot of reasons to be honest, but mainly for the wording.

This isn’t an acceptance of criticism, or an explanation of how clearly dodgy as hell schemes are being supported by you publicly (in PR at least, I really hope you weasel out before giving the Gridiron Thunder guys a penny).”

Our take: As a tiny, upcoming independent developer, who’s in for the fun and love for gaming while also not shying away from possible success, I can say I’m disgusted by this situation. If the field isn’t on the same level for everyone, then why bother? If the Ouya’s openness sacrifices honesty and hard work for the sake of saving face, why bother with it? I can say, the Ouya has been on my team’s radar for months, but it slipped off now; not silently, but crushed by a huge warfighter instead.

Ouya Launches Today In U.S. And UK – Sold Out At Amazon