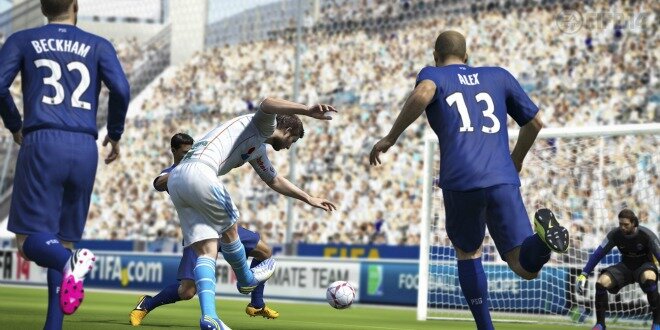 “Europe’s Biggest Game Franchise” Has Xbox One Announcement At GamesCom

Posted by: Ernice Gilbert August 13, 2013 in Microsoft, News, Xbox One Leave a comment

Microsoft has revealed that it’s partnered with the publisher of Europe’s “biggest franchise” to bring exclusive content to Xbox One.

“We took the approach with our showcase that we want to showcase the developers and their games. So we’re going to have a really short stage presentation with some news. [We’ll be] talking about some unique exclusives coming to the platform, [and] we’re going to talk about Europe’s biggest franchise. We have some stuff,” Spencer said.

We’ll know soon enough, but Europe’s biggest franchise is either Gran Turismo or FIFA, and since Gran Turismo is a PlayStation exclusive title, it must be EA’s FIFA. After all, EA has already teamed up with Microsoft to bring exclusive FIFA content to Xbox One in the U.S.