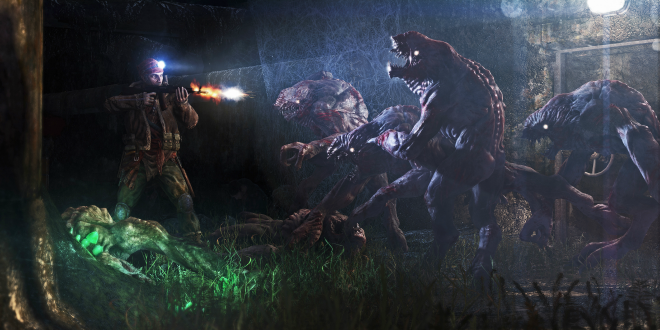 Details, trailer and screenshots inside via press release.

Deep Silver and 4A Games today released the ‘Chronicles Pack’ for Metro: Last Light. This final piece of add-on content is rolling out worldwide on Steam, the Xbox Live online entertainment network from Microsoft and the PlayStation Network from today.

Featuring three original solo missions, the Chronicles Pack invites players to step into the shoes of some of Metro: Last Light’s enduring characters in gripping plotlines that run parallel to the story of the main game’s protagonist Artyom.

“We hope fans of Metro: Last Light have enjoyed the additional content,” said Andrew Prokhorov, Creative Director at 4A Games. “It has allowed us to experiment with some new gameplay ideas such as the ‘Ranger’ mission from the Faction Pack and the Tower Pack, and we have paid close attention to all the feedback. But we think the Chronicles Pack will be the fans’ favourite as it contains three unique story-based missions featuring some of the game’s best-loved characters.”

Discover how Anna, the unflinching Polis Sniper, tried and failed to rescue Artyom from the Reich forces in the ruined botanical gardens. Put the irrepressible Pavel’s deadly skills and ingenuity to the test as he attempts to escape the Bandit Lair beneath Venice. And guide Khan and Ulman through the forgotten, haunted tunnels of Polyanka in a chilling supernatural tale that reveals a dark secret from Khan’s mysterious past …

The last of Metro’s planned add-on content, the Chronicles Pack costs just $4.99 / £3.99 / €4.99 and is also included in the Metro: Last Light Season Pass, which at $14.99 / £11.99 / €14.99 for the Faction, Tower, Developer and Chronicles Packs, offers a discount over buying the DLC separately, and also includes an additional exclusive weapon, the Abzats.