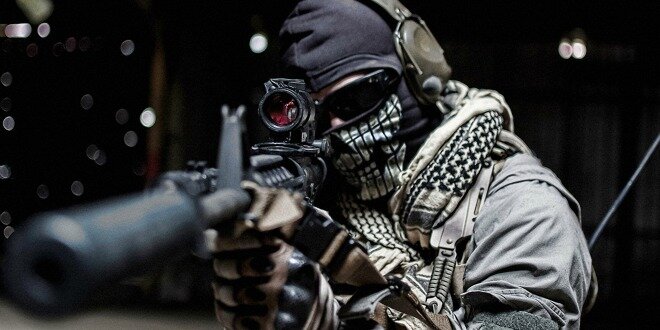 It’s something I’ve always said would happen. Even if some gamers constantly cried for current generation Call of Duty games to be given a brand new engine, I always argued that it didn’t make sense so close to a new generation of consoles, and instead Activision would wait for the unveiling of PS4 and the next Xbox to introduce its new Call of Duty engine. So said, so done. Call of Duty: Ghosts and all other COD titles coming to next-gen consoles, will be released on a brand new engine.

The news was revealed by Tesco, the same company that prematurely spilled the beans on COD: Ghosts, a game being revealed on May 1st, according to a new report.

According to the the product details of the Call of Duty: Ghosts page, the next generation of Call of Duty games will once again raise the bar with a new level of storytelling, new settings and more… But most importantly, an all-new engine.

This gets me really excited because the franchise will finally be liberated from the bottlenecks caused by ailing hardware and the old Quake engine. Finally Call of Duty will be taken to the next level in terms of visuals, destructibility, immersion and much more.

Remember, the guys at Treyarch and Infinity Ward have done all they could to make for special Call of Duty experiences year-after-year, and have most times delivered. A new engine will definitely free them up to be more creative, delivering gameplay experiences we’ve only dreamed of. It’s one of the reasons that I cannot wait for next generation consoles to be released.

This news also places the Call of Duty franchise in a better position against Battlefield 4, because although the current generation was and still is lead by the Activision juggernaut, no one in their right minds who knows about the games industry, would argue that Battlefield has been a huge threat to the series’ dominance. Now, Call of Duty should be able to match the visuals and destructibility of the Battlefield franchise. Making for even stiffer competition between DICE and the Call of Duty developers, a situation that bodes well for gamers.

Call of Duty: Ghosts will be revealed on May 1st, 2013, which is Wednesday.

Previous: Call of Duty: Ghosts To Be Revealed On May 1st
Next: Brand New Batman: Arkham Origins Screenshots And Artwork

Call of Duty: Ghosts To Be Revealed On May 1st

Call of Duty: Ghosts Is Next Game From Infinity Ward