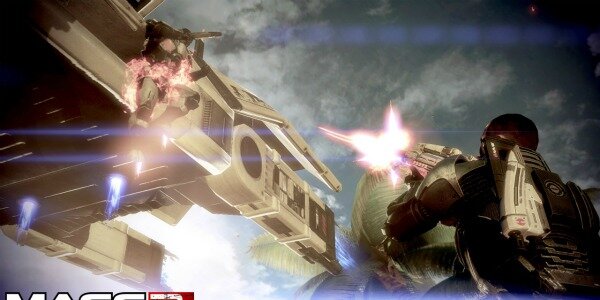 Massive Effect 3 came and left. We know there’s a lot of contention there, but calling the upcoming game to be released on current and next-gen consoles in tandem Mass Effect 4, is doing a disservice to it, Bioware says.

To call the next game Mass Effect 4 or ME4 is doing it a disservice and seems to cause a lot of confusion here.

We have already said that the Commander Shepard trilogy is over and that the next game will not feature him/her. That is the only detail you have on the game. I see people saying ‘well, they’ll have to pick a canon ending’. No, because the game does not have to come after. Or before. Or off to the side. Or with characters you know. Or yaddayaddayadda.

…Time does indeed matter, but the words prequel / midquel / sequel come loaded with a bunch of other assumptions that don’t necessarily all apply to the next ME game.

I suspect the folks at Bioware don’t want us to look at the next game as simply another chapter in the long-running saga, but a new start of sorts. That’s fair, I suppose.  Roy also confirmed that the next game isn’t the oft-rumored MMO, although there’s still a possibility that it’ll come one day.

Previous: The Many Gifs of PS4 Boss, Kaz Hirai
Next: A New Assassin’s Creed Game Could Come This Year