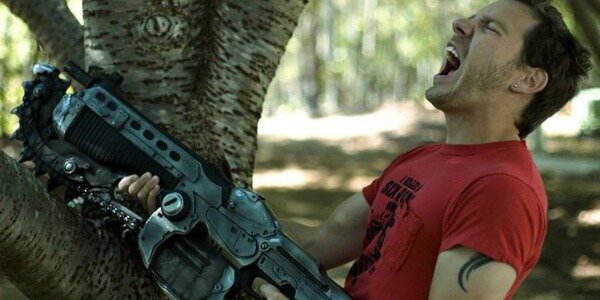 Cliff Bleszinski, the guy who created Gears of War, has left the studio that makes it, Epic Games.

Epic Games announced the news in a blog post today, saying that designer Cliff Bleszinski has left to “chart the next stage of his career.”

Bleszinski spent 20 years at Epic games, was one the industry’s ‘stars’, and had become the face of the company and its games, including Gears of War, Bulletstorm, Jazz Jackrabbit to name a few. Bleszinski was known to be an outspoken personally, and sometimes got into banters with gamers in forums, on twitter and elsewhere on gaming’s web, but in the end, the man was a force to be reckoned with. Still is.

“In 20 wonderful years with Epic, Cliff Bleszinski has grown into a true design luminary, and his contributions to the ‘Unreal’ and ‘Gears’ series have helped shape the game industry into what it is today,” wrote Epic founder and CEO Tim Sweeney. “Cliff leaves Epic with our gratitude for his many contributions, and our wishes for continued success in the next chapter of his life!”

Here’s Bleszinski in his own words:

I’ve been doing this since I was a teenager, and outside of my sabbatical last year, I have been going non-stop. I literally grew up in this business, as Mike likes to say. And now that I’m grown up, it’s time for a much needed break.

I will miss the projects, the playtests, the debates, and most importantly, the people. Epic only hires the best of the best, and it has been a joy working with each and every one of you on a daily basis, whether you were hired weeks ago or decades ago. I have been fortunate enough to collaborate with a variety of disciplines, from code to art to marketing and PR – it’s been one big, rewarding learning experience. I’m confident that each project that is being built, whether at Epic, Chair, PCF, or Impossible will be top notch and will please gamers and critics alike.

Gears of War: Judgement, the latest title from the venerable series is now under development and will see a release March 2013.

He will be severely missed.