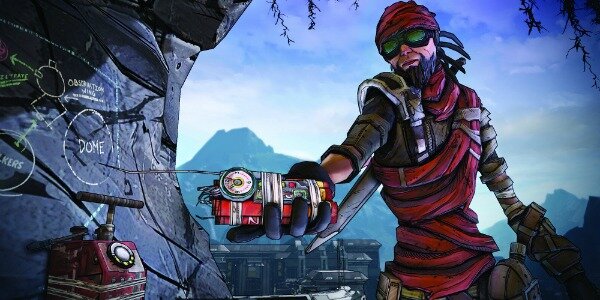 Borderlands 2 received critical success from the media and that’s translated into a resounding success at retail. The game’s become this year’s biggest launch title, outpacing the first by more than four to one. Gearbox should be throwing a party as we speak.

Borderlands 2 stormed the UK game sales chart like a hurricane, beating every other title released this year by miles, including Mass Effect 3, selling 4,000 more copies than Bioware’s latest effort.

On consoles, Borderlands 2 saw its greatest success on Xbox 360, selling 71 percent of units on said platform, with PS3 accounting for only 22 percent, while PC managed 7 percent (it likely sold many more units digitally).

‘Borderlands 2’ from 2K Games/Take 2 debuts at the top of the All Formats Chart this week with the biggest launch so far in 2012, toppling the previous best, ‘Mass Effect 3’. The original, launched back in W43 2009 only made it to No7 when it was released on XB360 and PS3 (the PC version came out the following week). The sequel’s launch week has outdone the original by more than 4 to 1 with the Xbox 360 version the big winner, accounting for 71% of sales compared to 22% on PS3 and 7% on PC.

Ukie said that the games industry is finally picking up in 2012, will titles like F1 2012 and Pro Evolution Soccer 2013 and Sleeping Dogs helping lift it:

We have a collection of the game’s reviews through here.

Previous: Treyarch Says There’s Innovation In Black Ops 2′s MP, But The Game Remains True To Its Core
Next: Wii U Is Region Locked, Nintendo Confirms

UK Charts: The Last of Us Number 1 For Third Week Running