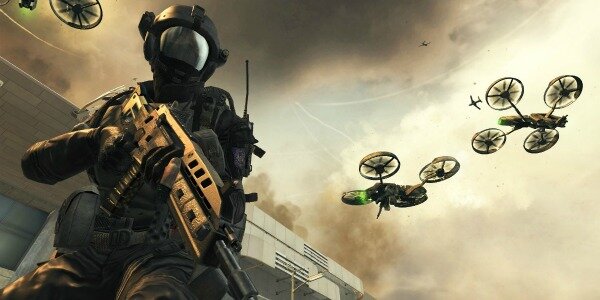 DICE has taken a swipe at competing developer Treyarch, the latter being responsible for Call Of Duty: Black Ops, and Black Ops II, the latter game taking place in a future setting of 2025. Treyarch’s trying its best to do something new, something different with the COD franchise, but DICE general manager Magnus Troedsson, instead of encourage his colleagues for moving in a new direction, has chosen to take a cheap shot.

“If [players] don’t see some kind of new, if not revolutionary then at least evolutionary, step of rendering in every game they will start to lose interest,” Troedsson told Edge. “And I think that is what’s happening. Because a lot of franchises out there don’t take this seriously; to actually make sure that we don’t just challenge ourselves on the gameplay aspect, or perhaps some other area like distribution method, but also how it [feels], how it looks and how it sounds.”

He went on: “I think we’re going to start seeing people moving away from the modern setting, because every now and again settings or themes start to get stale and then everyone jumps over.

Y’know, at some point dinosaurs are the hottest thing and everyone is making games with dinosaurs, but there are trends. It used to be WWII, and recently it’s been the modern era and people are now moving towards near future.

But it’s a bit cheap to just say, ‘Okay, we’re going to switch and go back in time or into the future and that will be innovation’. It will definitely drive the franchise forward for whatever game, but it’s not true innovation, it’s more a thematic change that has a perceived value to the gamers out there.”

Troedsson closed his comments by stating that as a game developer, “you can only make so many games in one particular era, and then you personally start to get a bit bored with it”.

Although some of what he said made sense, the guy was directly attacking the COD franchise but the irony of this is, Troedsson and co have done exactly the same thing.

Previous: “David Cage Is A Genius”
Next: MW2 Terminal Map Coming To MW3 Free Of Charge On July 18th