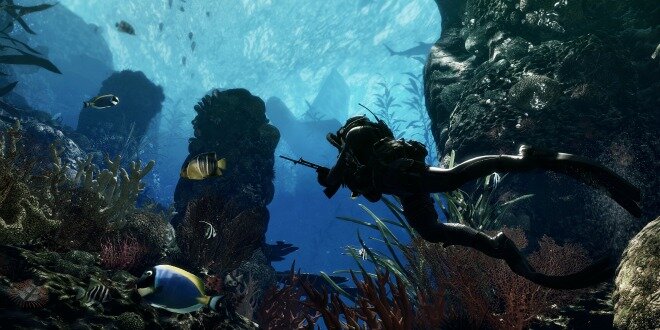 If the analysts at Cowen & Company are right, I’ll blame the decline more on the transition into next-gen with many gamers simply waiting to get either a PS4 or Xbox One before buying games this season, than any other cynical reason.

But according to Cowen & Company’s Dou Activision should be worried, writing in a note to investors that:

Upon further reflection, we think the [Call of Duty] numbers are a bit more troubling than they first appear. While the year-over-year gap is only 19 percent thus far, that includes two extra weeks of sales for the 360 and PS3 versions [of Black Ops II]. Against 2011′s [Modern Warfare 3], where the difference is only one week, the title is down 32 percent life-to-date.

We don’t think it is out of the question that the title could wind up comparing down 20 percent to 25 percent year-over-year [to Black Ops II], which is appreciably worse than the down 10 to 15 percent that we think is baked in to guidance.

Now, to be quite honest, I don’t think these analysts know much about this industry, and I think they usually pull their numbers out of nowhere. Take me for example, I decided not to buy neither Call of Duty: Ghosts or Battlefield 4 for my PS3, because I knew I’d be getting a PS4 either on day one or soon after. I’d wager many gamers are thinking the same thing — more than Mr. Creutzm believe, especially in these hard times, where every dollar matters and gamers may be still saving up cash to purchase their new system of choice.

Another point that should be mentioned is the fact that over 2 million gamers are on GameStoop’s waiting list for PS4, and others planning on getting Xbox One. There must be a great percentage of gamers who are thinking of picking up Call of Duty: Ghosts with their next-gen system.

And I’m not saying that Call of Duty won’t see a decline in sales, or for that matter isn’t seeing one. I just think that these analysts don’t have a clue what they’re talking about, and usually give worthless guidance to their investors.

Maybe I should become a games analyst. Call it “Games Industry Analysis (from a REAL gamer)”.

What do you guys think?