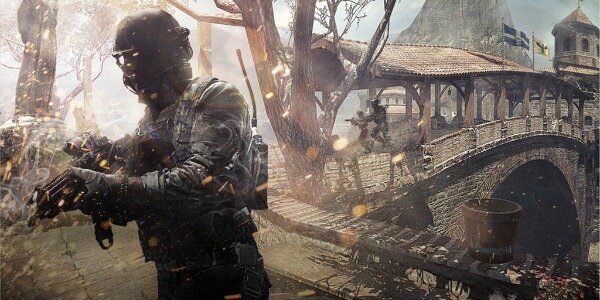 Activision Leeds, a new developer formed by Activision in November 2011, will be working on Call of Duty mobile titles moving forward. It wasn’t clear if the new firm will be the the same team forging Black Ops II: Declassified for Vita.

“Activision are like a machine,” Payne said. “I have to be careful what I say about these guys because I know them so well and they’ll cane me.”

Payne added: “Activision are a machine. They’re very good, and you know what, what people don’t realise with Activision is, the two studios working on the Call of Duty franchise are collaborative studios. That’s unheard of. All the assets are reusable, so they’re not wasting time.

If we were modelling this [points to VideoGamer's interview set-up], we’d have to build this, build that, takes time, right? Costs money. The two studios are saying, ‘I need a tank, pull it off from the library’. And those assets are also going to be starting to be used by the mobile team, which is going to be based in Leeds.”

I’m my opinion, this is a good move. Why? Because as the games industry widens and iOS/Android platforms become more disruptive, companies will have to find new ways to take advantage, and by having a dedicated team to make sure its mobile offerings aren’t rubbish, Activision will continue to grow its venerable franchise until it becomes ubiquitous.