These New Battlefield 3 Screens Put The Competition To Shame

I still have a hard time figuring out whether these screens are actually real human soldiers, or DICE’s frostbite 2 engine rendering beautiful images of Battlefield 3. Yes. It looks unbelievably good. Maybe you’ll be able to help me out below the break. 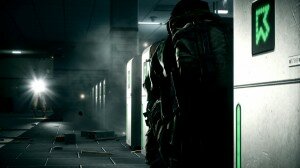 PS3 version of the game’s suppose to go live tonight on Late Night With Jimmy Fallon, so we’ll finally get to see how the game runs on said console.

Battlefield 3 will release in October for PC, PS3 and Xbox 360.